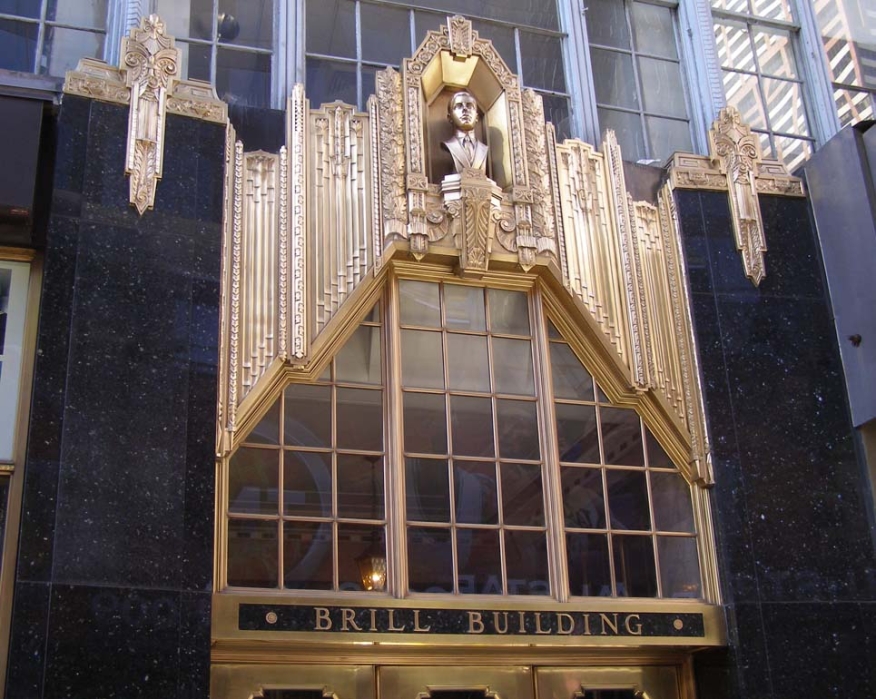 The Brill Building, one of New York City’s most culturally significant commercial properties, was foreclosed upon by Brookfield Properties, which held a mezzanine loan on the historic structure.
According to a Crain’s New York report, the 11-story Times Square-area landmark was purchased by the real estate investment firms Brickman & Associates and Allied Partners in 2013 for $185.5 million. The new owners sold a minority share to additional partners last summer in a deal that valued the property at $310 million. However, the owners ran into problems in leasing the 40,000 square feet of retail space in the building’s ground floor, which resulted in their mezzanine loan going into default.
"We made an investment four years ago that was predicated on certain retail rents, and instead those rents dropped tremendously, and we couldn't generate the cash flow we expected," said Steven Friedman, Brickman's chief investment officer. "Across the spectrum you're seeing retail just getting creamed for a variety of reasons, and this is an unfortunate result of those problems … It's very tough when, call it, 40 percent of your space isn't performing where you thought it would." Friedman said.
Built in 1931, the Brill Building became the epicenter of pop music production in the 1950s and 1960s, with offices and recording studios of the music industry’s leading songwriters and producers. At its peak in 1962, 165 different music-related businesses were headquartered in the Brill Building.
Link copied
Published
Mar 23, 2017
Coming Up See All
Aug
18
Maximum Acceleration
Las Vegas, NV
Aug
19
Originator Connect
Las Vegas, NV
Aug
19
Non-QM Summit
Las Vegas, NV
Get the Daily
Advertisement
Advertisement
Non-QM
Impac Mortgage Slashes Staffing Levels By 48%