Pending home sales took a sharp upswing last month, according to new data from the National Association of Realtors (NAR).
The Pending Home Sales Index (PHSI) rose by 5.5 percent to 112.3 in February from 106.4 in January. Last month’s index reading is 2.6 percent above a year ago, reaching its highest level since April 2016 (113.6) and the second highest since May 2006 (112.5).
On a regional level, the PHSI in the Northeast rose 3.4 percent to 102.1 in February, while the Midwest the index skyrocketed by 11.4 percent to 110.  The PHSI in the South increased by 4.3 percent to 127.8, while the index in the West increased 3.1 percent in February to 97.5.
“Buyers came back in force last month as a modest, seasonal uptick in listings were enough to fuel an increase in contract signings throughout the country,” said Lawrence Yun, NAR’s chief economist. “The stock market’s continued rise and steady hiring in most markets is spurring significant interest in buying, as well as the expectation from some households that delaying their home search may mean paying higher interest rates later this year.” 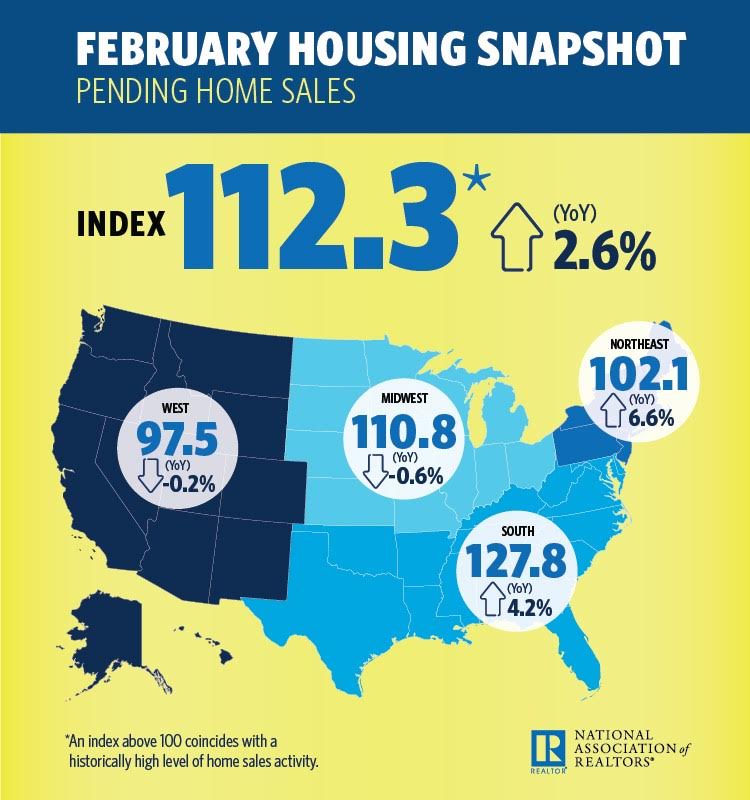