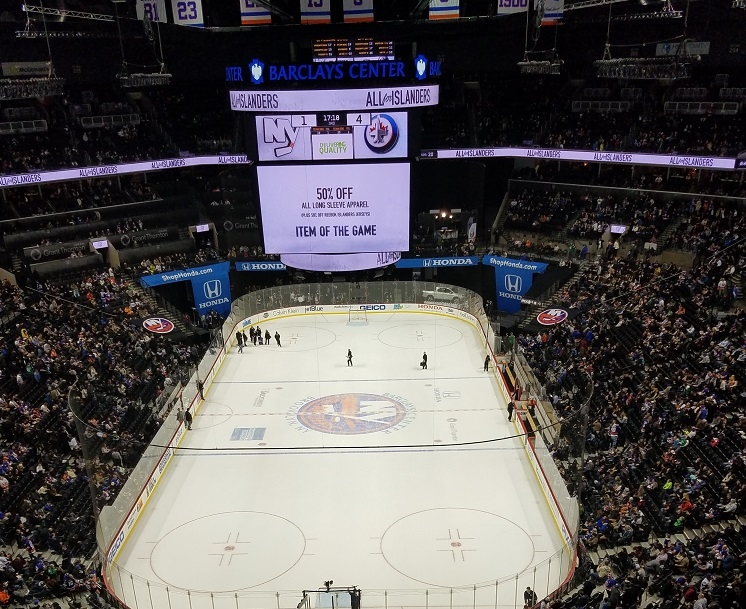 The last game of the Islanders’ season may have had little impact on the playoff picture, but for those who attended from Providence House it was a great way to feel connected to the community.

For the final event of the New York Islanders’ 2016-2017 season, Ridgewood Savings Bank donated 20 seats to the Brooklyn-based charity, Providence House.
Providence House was founded in 1979 and serves women who are homeless, escaping abuse or were recently released from prison. The organization helps residents obtain permanent housing, get an education and develop job skills while providing daycare for children and access to a registered nurse.
"Providence House is an important part of our community, so when the opportunity for us to send residents to an Islanders game came up, we were more than happy to donate the tickets,” said Anthonie Marshall, branch manager at Ridgewood Savings Bank. “Ridgewood has always made giving back a priority. It’s great to be a part of an organization that thinks that way.”
Ridgewood Savings Bank started a partnership with the Islanders in 2015, donating over $40,000 to local charities (like Prospect Park Alliance and Providence House). In 2016, the bank donated $10 for every save made by an Islanders goalie, totaling nearly $24,000.
“Ridgewood has always been a great supporter of ours,” said Scott Stepp, development director of Providence House. “But the enthusiasm level was at an all-time high when we mentioned this donation to our residents. Hockey has really taken off in our area and they were all really excited to attend a professional game.”
Link copied
Published
Apr 21, 2017
Coming Up See All
Feb
14
Texas Mortgage Roundup — Austin
Austin, TX
Mar
01
Atlanta Mortgage Expo
Atlanta, GA
Mar
15
Mid-South Mortgage Expo
Nashville, TN
Get the Daily
Advertisement
Advertisement
Analysis and Data
Index: Home Price Growth Slowed Again In November