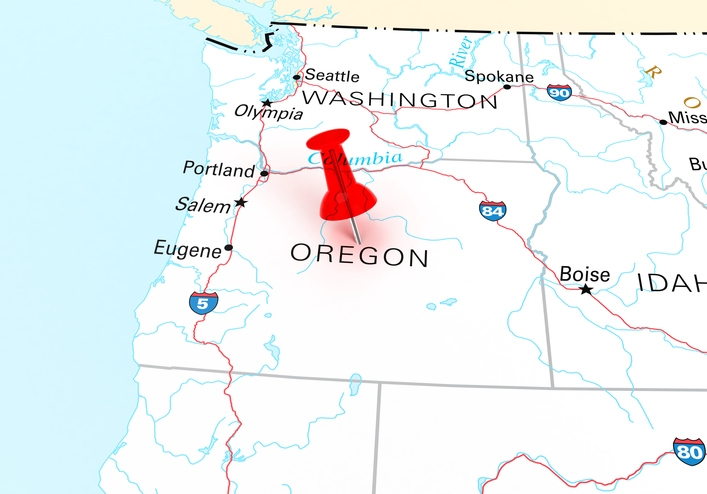 Now, here is something that you don’t see every day: An entire town is up for sale.
According to an Associated Press report, a $3.5 million price tag is placed on Tiller, Ore. The purchase of this one-time timber center in southwestern Oregon covers six houses, a defunct general store and gas station, the land under the local one-room post office—that facility is still federal property and is not for sale—plus undeveloped parcels, water rights and the municipal infrastructure including a power station. Not included is the six-classroom Tiller Elementary School, which closed three years ago and is available for a separate price of $350,000.
Approximately 235 people still live in the unincorporated area around Tiller, along with a bear population that is known to wander onto people’s porches. Communicating with the outside world can be something of a challenge in Tiller because one needs to drive 30 minutes away before catching a cellphone signal.
There have been a few inquiries into buying Tiller, but at the moment, the town remains on the market. But the future of Tiller seems bleak, at least to some people: There is a sign on the shuttered market that reads, "Last one out of Tiller turn out the light."
Link copied
Coming Up See All
Jun
22
Chicago Mortgage Originators Expo
Countryside, IL
Jul
06
Ultimate Mortgage Expo
New Orleans, LA
Jul
13
Carolinas Connect Mortgage Expo
Charlotte, NC
Get the Daily
Advertisement
Advertisement
C-Suite Strategies
Eye, Eye Sir