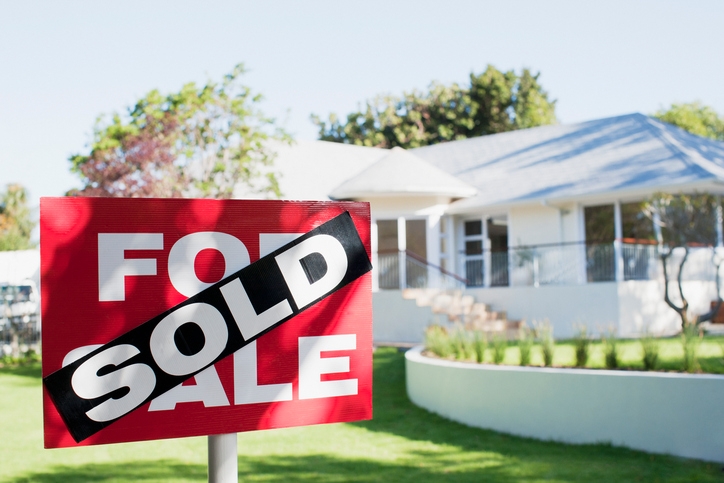 Total existing-home sales took a 2.3 percent drop last month to a seasonally adjusted annual rate of 5.57 million from the downwardly revised 5.70 million in March, according to new data from the National Association of Realtors (NAR). On a year-over-year-basis, sales were up by 1.6 percent.
The median existing-home price for all housing types in April was $244,800, which is six percent above the April 2016 level of $230,900. April's price increase is the 62nd consecutive month of year-over-year gains.
The total housing inventory at the end of April climbed 7.2 percent to 1.93 million existing homes available for sale, but was nine percent lower than a year ago, marking the 23rd consecutive month of year-over-year declines. Unsold inventory is at a 4.2-month supply at the current sales pace, which is down from 4.6 months a year ago.
“Last month's dip in closings was somewhat expected given that there was such a strong sales increase in March at 4.2 percent, and new and existing inventory is not keeping up with the fast pace homes are coming off the market,” said NAR Chief Economist Lawrence Yun. "Demand is easily outstripping supply in most of the country and it's stymieing many prospective buyers from finding a home to purchase." 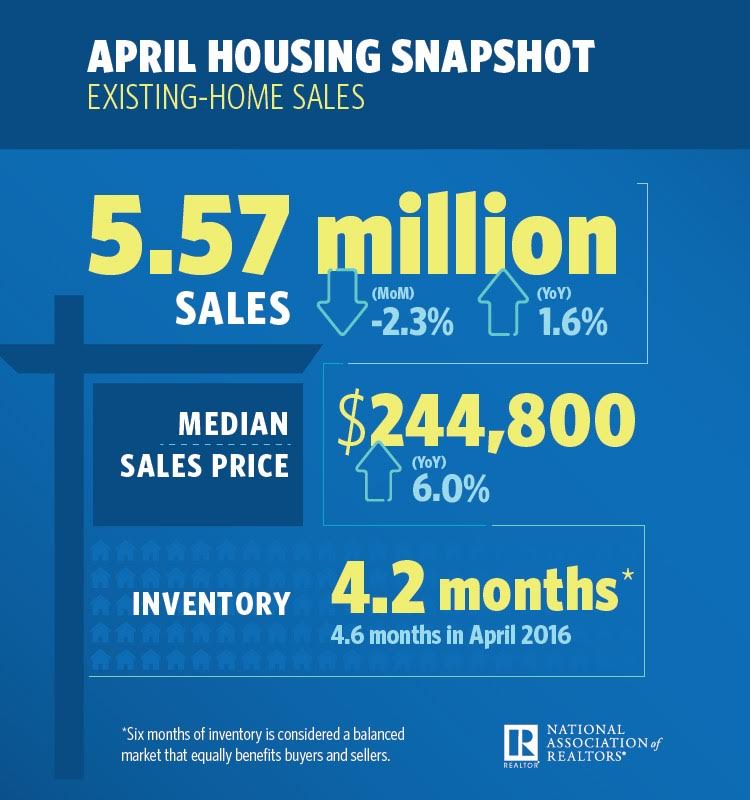