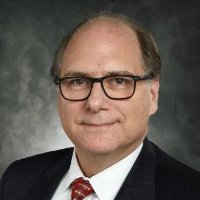 The National Housing Conference (NHC) has named David M. Dworkin as its next president and CEO.

Dworkin joins NHC from the U.S. Treasury Department, where he most recently has served as a senior housing policy advisor in the Office of Domestic Finance. During the Obama Administration, Dworkin was a part of the White House’s Detroit Revitalization team, and developed the program to use Hardest Hit Funds to eliminate blight throughout the country. He also started and managed the Capital Magnet Fund, a federal program to support affordable housing development. Before joining the Executive Brach, he worked for 12 years at Fannie Mae in a variety of roles, including leading community lending partnerships, managing the company’s Hurricane Katrina Task Force and opening and leading the company’s Detroit office.
“I am excited by the opportunity to advance NHC’s mission, and the cause of housing in America,” said Dworkin. “The American Home has been under unprecedented threat since the housing crisis. Now more than at any time in recent history, America’s renters and homeowners need NHC and its members to fight for quality affordable housing. I look forward to fulfilling the trust which the NHC Board of Governors has placed in me,” he said.