Existing-Home Sales Up Slightly in 2017 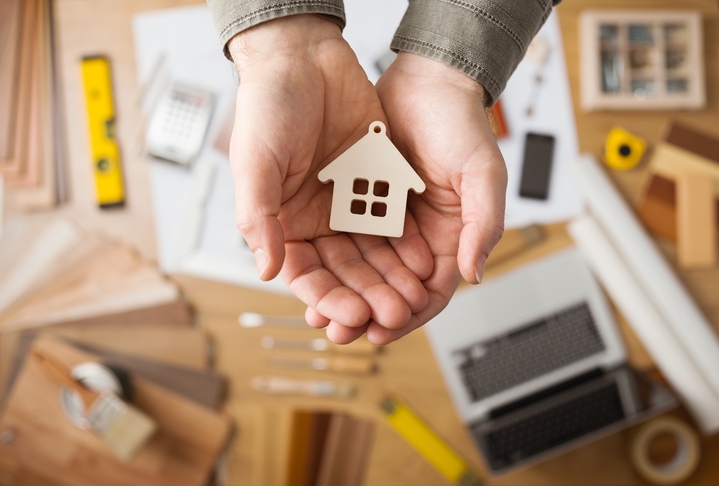 Total existing-home increased 1.1 percent in 2017 to a 5.51 million sales pace, the highest recorded since the 6.48 million sales in 2006, according to the National Association of Realtors (NAR). However, the year ended on a whimper instead of a bang: December’s existing-home sales slipped 3.6 percent to a seasonally adjusted annual rate of 5.57 million from a downwardly revised 5.78 million in November. Still, last month’s sales were 1.1 percent above the level set a year ago. 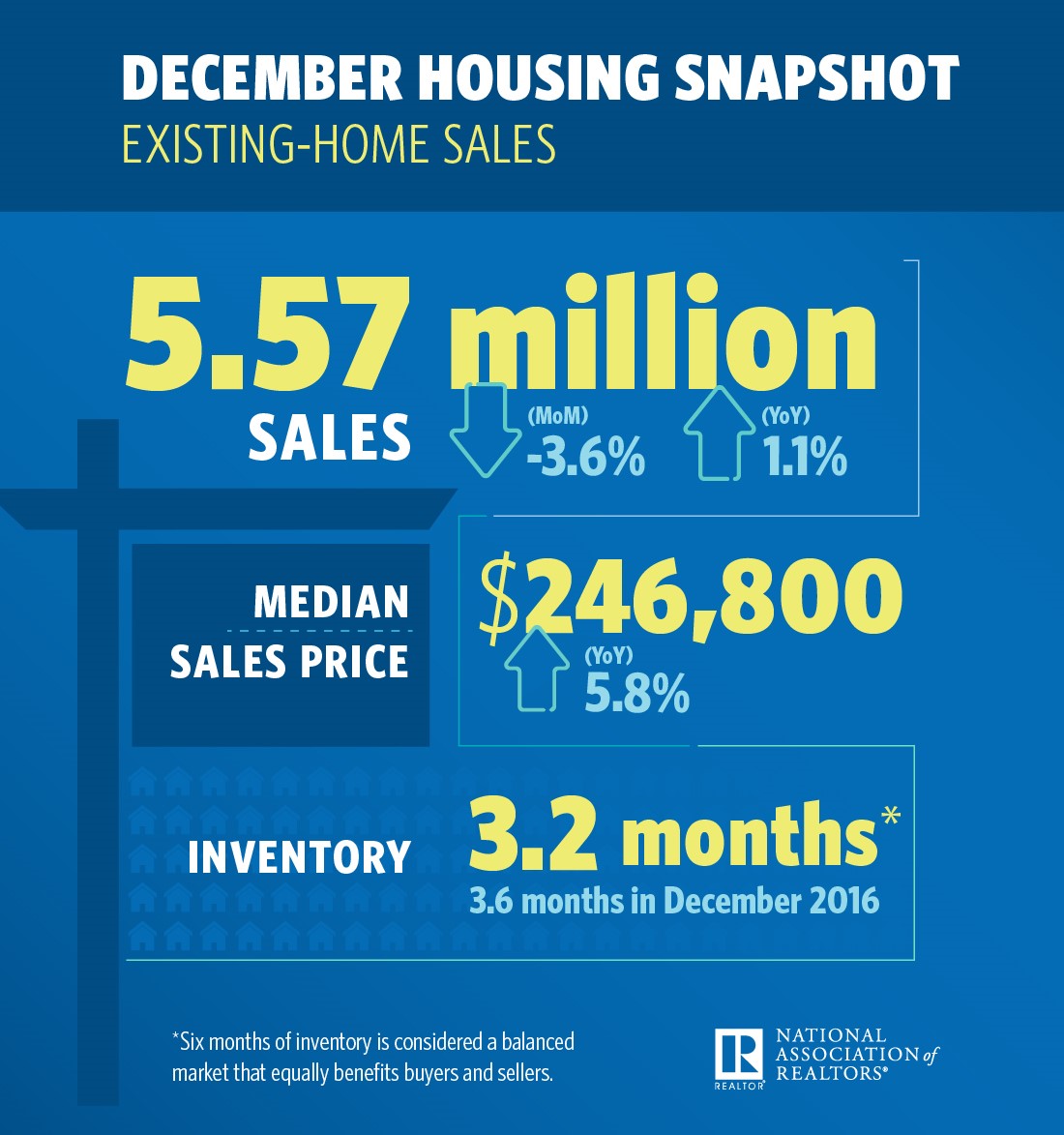 “Existing sales concluded the year on a softer note, but they were guided higher these last 12 months by a multi-year streak of exceptional job growth, which ignited buyer demand,” said NAR Chief Economist Lawrence Yun. “At the same time, market conditions were far from perfect. New listings struggled to keep up with what was sold very quickly, and buying became less affordable in a large swath of the country. These two factors ultimately muted what should have been a stronger sales pace.”
The median existing-home price for all housing types in December was $246,800, up 5.8 percent from $233,300 one year earlier. December marked the 70th straight month of year-over-year gains. First-time buyers were responsible for 32 percent of sales in December, up from 29 percent in November and unchanged from a year ago.
But while prices rose, inventory shrank. The total housing inventory at the end of December fell 11.4 percent to 1.48 million existing homes available for sale; the inventory level is 10.3 percent lower than a year ago (1.65 million) and has fallen year-over-year for 31 consecutive months. Unsold inventory is at a 3.2-month supply at the current sales pace, which is down from 3.6 months a year ago and is the lowest level since NAR began tracking in 1999.
Separately, the Federal Housing Finance Agency (FHFA) reported house prices rose in November by 0.4 percent from the previous month and by 6.5 percent from November 2016.
For the nine census divisions, seasonally adjusted monthly price changes from October 2017 to November 2017 ranged from -1.1 percent in the East South Central division to a 0.9 percent uptick in the West North Central division. The 12-month changes were all positive, ranging from 4.2 percent in the Middle Atlantic division to 8.9 percent in the Mountain division.