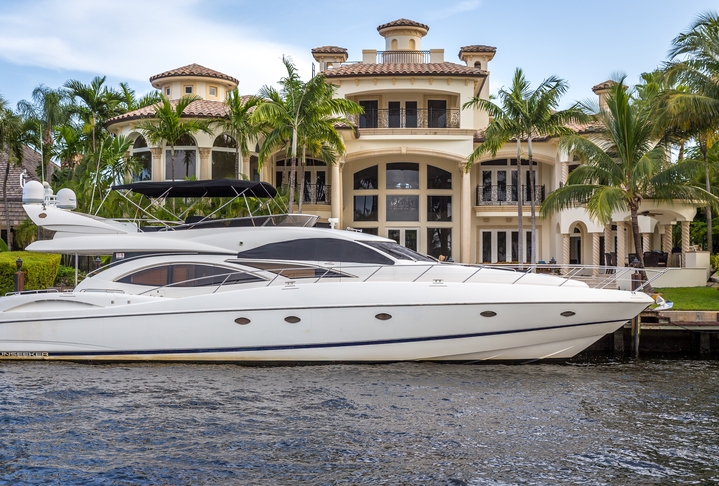 Luxury home prices were up by 7.4 percent year-over-year to an average of $1.76 million in the fourth quarter of 2017, according to new data Redfin. In comparison, the average price for non-luxury homes was $333,000, up 6 percent compared to a year earlier.
Sales of homes priced at or above $1 million were up 15.2 percent from a year ago, and sales of homes priced at or above $5 million were up 13.7 percent. Luxury homes found buyers in an average of 75 days, eight fewer days than in the fourth quarter of 2016. However, inventory problems were persistent in this sector: The number of homes for sale priced at or above $1 million fell 23.8 percent from one year earlier, marking three consecutive quarters of declines, while the number of homes priced at or above $5 million were down 23.4 percent.
Two Florida markets, Sarasota and Delray Beach, saw the greatest increases luxury prices during the fourth quarter with 45.6 percent and 41.3 percent year-over-year spikes, respectively. San Francisco posted the largest year-over-year decline in luxury home prices, down 12 percent to an average $5.03 million.
"The stock market hit all-time highs with gains in nearly every sector last quarter, instilling confidence among the wealthiest homebuyers," said Redfin Chief Economist Nela Richardson. "As a result, we saw double-digit growth in luxury home sales in the last months of the year."
Link copied
Published
Jan 25, 2018
Coming Up See All
Aug
03
New York Mortgage Expo
Suffern, NY
Aug
10
OriginatorTech
Virtual
•
11:40 AM ET
Aug
12
California Mortgage Expo – San Diego
San Diego, CA
Get the Daily
Advertisement
Advertisement
Industry News
Anchor Loans Hires Andrew Jewett As SVP, Enterprise Sales