Home Prices and Mortgage Rates Up, Demand Down 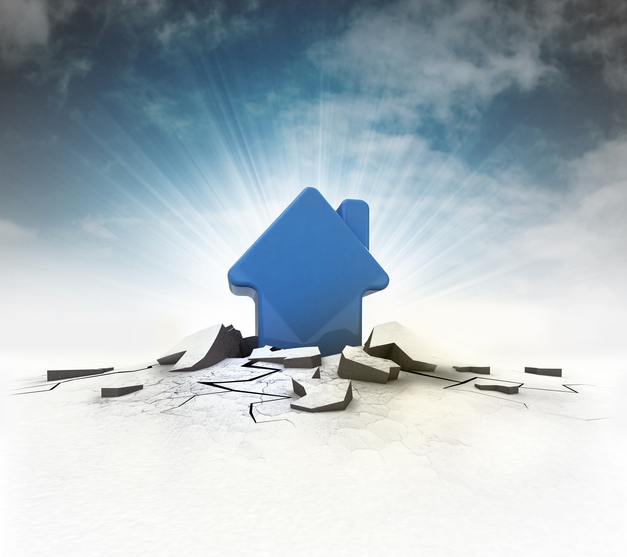 Home prices are still going up, according to the latest S&P CoreLogic Case-Shiller U.S. National Home Price NSA Index, which reported a 6.2 percent annual gain in January, down slightly from 6.3 percent in the previous month. The 10-City Composite annual increase came in at six percent, the same as one month earlier, while the 20-City Composite posted a 6.4 percent year-over-year gain, up from 6.3 percent in the previous month.
Before factoring in the seasonal adjustment, the National Index posted a month-over-month gain of 0.05 percent in January while the 10-City and 20-City Composites both reported increases of 0.3 percent. After the seasonal adjustment, the National Index recorded a 0.5 percent month-over-month increase in January while the 10-City and 20-City Composites posted 0.7 percent and 0.8 percent month-over-month increases, respectively. Sixteen of the 20 cities reported increases in January before the seasonal adjustment, while all 20 cities reported increases after the seasonal adjustment.
“The home price surge continues,” said David M. Blitzer, Managing Director and Chairman of the Index Committee at S&P Dow Jones Indices. “Since the market bottom in December 2012, the S&P CoreLogic Case-Shiller National Home Price index has climbed at a 4.7 percent real–inflation adjusted–annual rate. That is twice the rate of economic growth as measured by the GDP.”
Blitzer added that low inventory and low vacancy rates were fueling the price hikes, but he insisted that did not limit affordable homeownership options.
“Despite limited supplies, rising prices, and higher mortgage rates, affordability is not a concern,” Blitzer said. “Affordability measures published by the National Association of Realtors show that a family with a median income could comfortably afford a mortgage for a median priced home.” 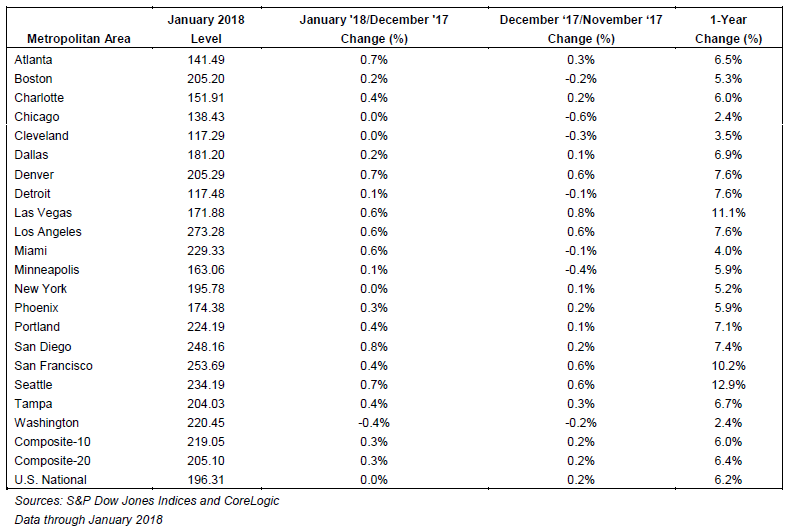 However, another data report has found a decline in house hunting by potential buyers. The Redfin Housing Demand Index fell 14.1 percent month-over-month to 110 in February, marking the lowest level of homebuyer demand in 11 months and the largest month-over-month decline for this index since its launch in January 2013.
From January to February, Redfin reported the seasonally adjusted number of buyers requesting home tours fell by 12.4 percent, while the number of buyers making offers fell 18 percent. On a year-over-year basis, the Demand Index declined 6.5 percent from February 2017. And while the number of buyers requesting home tours actually increased 2.9 percent, the number making offers fell 20.1 percent.
"There are still plenty of people touring homes; there just aren't enough of homes to satisfy all the buyers who want to make offers," said Redfin Head of Analytics Pete Ziemkiewicz. "We've started off each of the past three years with inventory down double-digits from the year before, which has held back buyer activity until enough new listings hit the market to get the offers flowing in the spring." 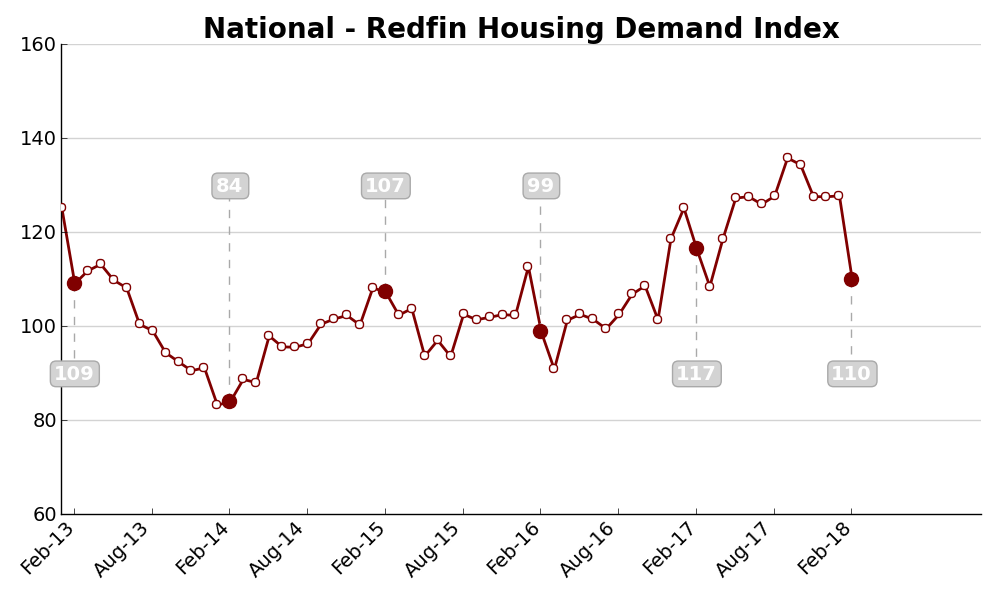