Pending Home Sales Up in February 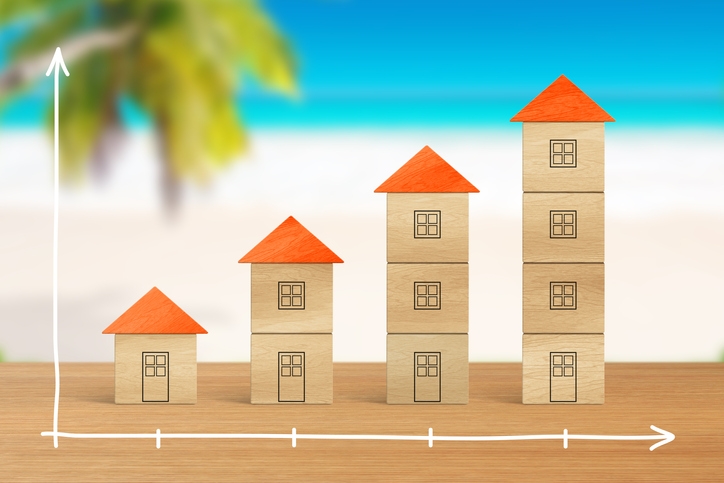 Pending home sales were on the rise last month despite inadequate inventory and evaporating affordability, according to the National Association of Realtors (NAR).
The trade group’s Pending Home Sales Index (PHSI) rose by 3.1 percent to 107.5 in February from a downwardly revised 104.3 in January. On a year-over-year basis, the index was down by 4.1 percent.
On a regional basis, the PHSI in the Northeast surged 10.3 percent to 96.0 in February, while the Midwest index saw a modest 0.7 percent uptick to 98.9. Pending home sales in the South rose three percent to an index of 125.7 and the West PHSI inched up by 0.4 percent to 96.9.
“Contract signings rebounded in most areas in February, but the gains were not large enough to keep up with last February’s level, which was the second highest in over a decade (112.1),” said NAR Chief Economist Lawrence Yun. “The expanding economy and healthy job market are generating sizeable homebuyer demand, but the miniscule number of listings on the market and its adverse effect on affordability are squeezing buyers and suppressing overall activity. Expect ongoing volatility in the Northeast region at least through March. Although pending sales there bounced back in February following January’s cold weather-related decline, the multiple winter storms over these last few weeks likely put a chill on contract signings once again this month.” 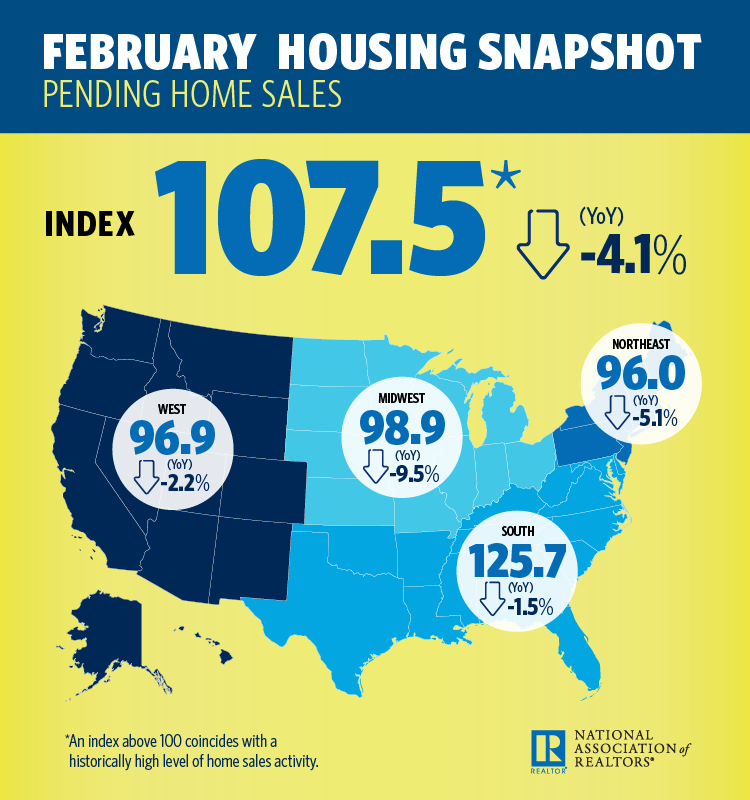