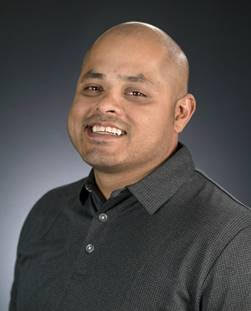 distributed nearly half a million dollars to charities across the globe.
“We believe giving back reflects who we are as a company,” said Dave Zitting, President and Chief Executive Officer of PRMI. “Through the Giving Network, we want to continue to cultivate a culture of giving at PRMI. We are thrilled to have Ronnie join our efforts and know his passion to serve will propel the Giving Network further to impact our communities across the globe.”
Originally from Los Angeles, Ronnie is a long-time resident of Salt Lake City and speaks Spanish fluently. Before coming to PRMI, he worked for Habitat for Humanity–Guatemala for three years as a Field Coordinator.
“Giving back is something I have embraced as part of my life,” said Chinchilla. “I believe that everyone has something to be thankful for and something to give back.”
During his tenure in Guatemala, Ronnie hosted a group of PRMI employees who volunteered with Habitat for Humanity. On this humanitarian trip, the volunteers grew close with Ronnie and were impressed with his dedication to serving those in need.
“Ronnie has a way of instilling love for your fellow man in you through his love for people,” said Michelle Woodall, a PRMI team member who volunteered in Guatemala. “We were all so amazed by his knowledge and passion for the people of Guatemala. He is a very hard worker and our team grew close with Ronnie because he created friendships with every person and made them feel welcome.”