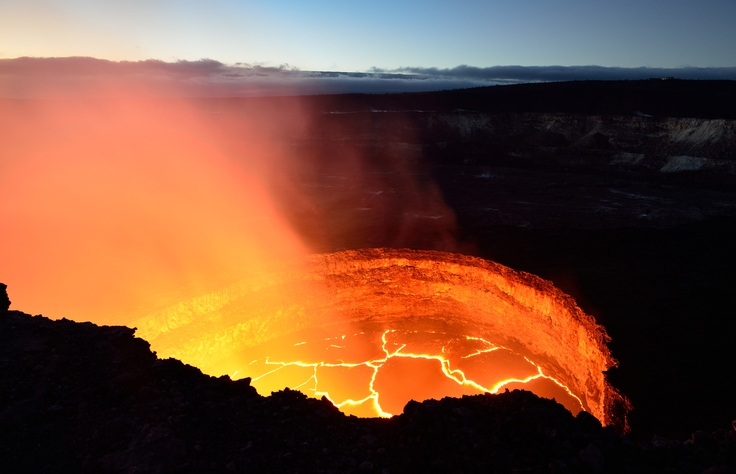 The lava eruptions from Hawaii Kilauea volcano has forced hundreds of residents to evacuate, and the ongoing natural disaster is exacerbating the island’s rental housing problems.
According to a Hawaii Tribune-Herald report, State Rep. Joy San Buenaventura, a Democrat represented the Puna District on the Island of Hawaii, has called on Gov. David Ige to issue three executive orders to alleviate the housing problem.
Specifically, San Buenaventura has requested a waiver of the transient accommodations tax until a month after the emergency declaration has ended for evacuees seeking short-term rentals of less than 180 days, and she is also seeking a waiver of certain landlord-tenant code provisions so vacant houses foreclosed upon or going through foreclosure can be rented. San Buenaventura also asked the governor to sign Senate Bill 2401, which would establish an “Ohana Zone Program,” a $50 million grant to provide basic housing needs in addition to social services, health care and transportation for the homeless.
“Now, because of the evacuees, we’ve got this houselessness problem, and it’s perfect to have this transitional housing for the evacuees,” San Buenaventura said. “Originally, the homeless advocates … were against it because they thought it legalized camping. But now, we’ve worked out the language … to use it to provide temporary housing for these evacuees.”
San Buenaventura, who is also an attorney, acknowledged that rental scams are now taking place in Hawaii as a result of the displacement of residents from the volcano-impacted area.
“These have been around awhile, but now we’re more aware of it, because in Puna, people are more desperate,” she said.
Link copied
Published
Jun 01, 2018
Coming Up See All
Aug
03
New York Mortgage Expo
Suffern, NY
Aug
10
OriginatorTech
Virtual
•
11:40 AM ET
Aug
12
California Mortgage Expo – San Diego
San Diego, CA
Get the Daily
Advertisement
Advertisement
Industry News
FormFree Enters Deal To Offer Products to Lenders One Members