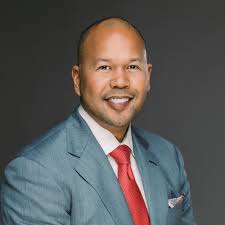 After a year away from Movement pursuing other opportunities, Taveekanjana returns as the company’s third National Sales Director, leading five growing sales regions in the western U.S., including the regions covering Texas, Oklahoma, New Mexico, Arizona, Nevada, Idaho, Washington, Oregon, California, Alaska and Hawaii. He will report to Chief Executive Casey Crawford.
“I am honored, grateful and incredibly excited to be back at Movement,” Taveekanjana said. “This is a place that invests in its communities, loves and cares for its people, and at the same time, operates an incredibly successful, well-capitalized, independent mortgage business that is changing this industry for the better. It’s a special place that I’m proud to be part of.”
Taveekanjana joins two fellow National Sales Directors, Deran Pennington and Ignacio Metcalf. Pennington will continue to lead five sales regions in the Southeast, Midwest and New England. Metcalf will continue leading the five sales regions in the Mid-Atlantic, Upper Midwest and Heartland states.
“This organization has been blessed with sales leaders who have the hearts of servants and lead by putting others first,” Crawford said. “We’re excited to welcome Tony T. and his family back to Movement because I know he will build on that servant leadership culture in our sales force.”
Taveekanjana has more than 20 years of mortgage experience. Prior to returning to Movement, he served as National Head of Retail Lending at Stearns Lending. Before that, he held senior leadership roles at Movement Mortgage, New Penn Financial, Fifth Third Bank and Countrywide Home Loans. Taveekanjana attended the University of Tampa’s John Sykes College of Business and the Leadership Development Institute at Eckerd College.