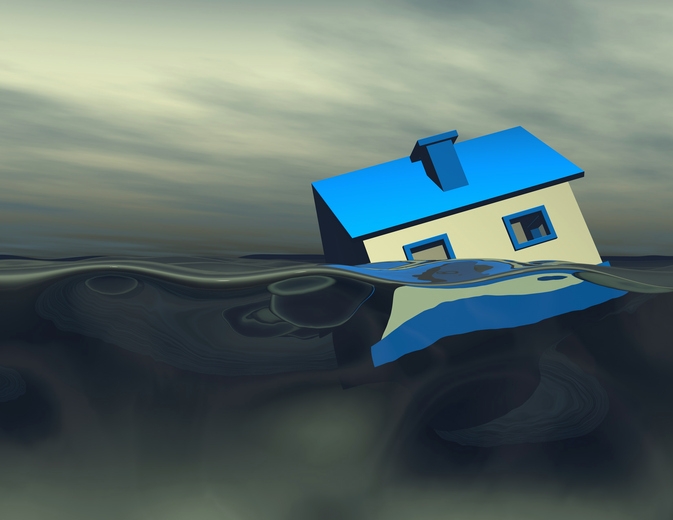 With a July 31 expiration date approach for the National Flood Insurance Program (NFIP), a renewed effort is underway to extend the program’s reauthorization for a longer period of time.
The Mortgage Bankers Association's (MBA) Mortgage Action Alliance advocacy group issued a Call to Action, urging industry professionals to push Congress to make the NFIP a priority issue. This is the second time in a week that the MBA emphasized the importance of extending the NFIP authorization period.
"It is essential that the program is reauthorized before the deadline or sales of homes across the nation will face delays or cancellations," said MBA Senior Vice President of Legislative and Political Affairs Bill Killmer. "It is critical to apply pressure to ensure all members of Congress know that the reauthorization of the NFIP is an urgent priority for the customers and communities served by real estate finance industry professionals throughout the country."
Also calling for immediate action was NAMB, which noted the program runs the risk of expiring in the midst of the 2018 hurricane season.
“If the NFIP lapses, many homeowners and future homeowners will be severely impacted by outrageously expensive flood insurance”, said John G. Stevens, NAMB President in a message to the association’s members. “The damage to the real estate industry near coastal and other areas near rivers would come to a halt. Ask your members of Congress to reauthorize the National Flood Insurance Program.”
Up on Capitol Hill, Reps Ed Royce (R-CA) and Earl Blumenauer (D-OR) introduced the NFIP Extension and Enhanced Consumer and Community Protections Act of 2018 (HR 6402), a package of eight bills from the House Financial Services Committee that would extend the NFIP through Nov. 30.
“As we near the peak of the 2018 hurricane season, it is vital for Congress to extend flood protections to millions of homeowners,” said Rep. Royce. “H.R. 6402 takes bold action that will steer NFIP towards a sustainable path by modernizing flood risk assessments and reducing the burden of repetitive loss properties.”
“The current flood insurance program keeps communities in harm’s way and costs taxpayers billions of dollars in the process.” said Rep. Blumenauer. “This bill is a small but important step toward much-needed reform of this troubled, fiscally irresponsible program. Congress should pass this legislation, but it can’t stop there.”
The NFIP has also attracted attention from outside of the financial services and political worlds. Rachel Cleetus, Lead Economist and Climate Policy Manager for the Union of Concerned Scientists, called on Congress to move beyond mere reauthorization and created an updated version of the program.
“Unfortunately, over the years, Congress has failed to make adequate investments in accurate flood risk maps,” she wrote in a blog published last week. “That means that many Federal Emergency Management Agency (FEMA) flood risk maps are seriously outdated and even the updated ones don’t reflect future conditions such as projections of sea level rise. It has also underfunded and failed to incentivize measures to encourage homeowners and communities to reduce their flood risks. Outdated maps, subsidized flood insurance premiums and repeated payouts for business-as-usual rebuilding in floodplains after disasters have masked communities’ awareness of their flood risks and blunted incentives to reduce those risks and limit development in areas prone to flooding.”
Cleetus also called for “phasing in risk-based insurance premiums and expanding the number of people carrying insurance to ensure adequate coverage for the growing numbers of homes exposed to flood risk, and to put the program on a more financially and actuarially-sound footing.” She further stressed the need to address “affordability considerations for low- and moderate-income households through targeted vouchers, rebates, grants and low-interest loans for flood mitigation measures.”
Link copied
Published
Jul 19, 2018
Coming Up See All
Jan
26
Mortgage Leadership Outlook: Karl Jacob
Facebook Live
•
1:00 PM PT
Jan
27
Making Money in Non-QM
Webinar
1:00 PM ET
Feb
08
Texas Mortgage Roundup — Austin
Austin, TX
Get the Daily
Advertisement
Advertisement
Analysis and Data
MBA Reports Drop In Refinances And Jump In Purchase Applications