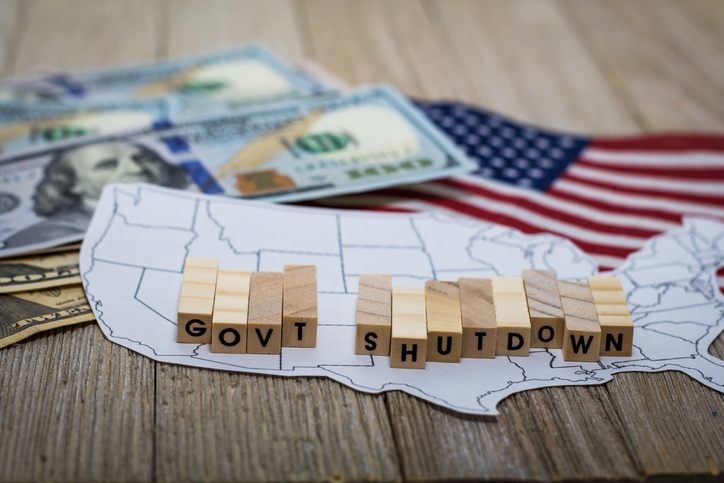 A new report issued by Moody’s Investor Service is warning that the partial federal shutdown will increase the level of mortgage-delivery risk for lenders, particularly non-bank mortgage companies.
The shutdown began on Dec. 22 and has left approximately 800,000 without paychecks. The shutdown has also limited the activities of government agencies involved in the mortgage origination process. Moody’s warned that this situation will permeate the mortgage industry, with less than positive results.
“Disruptions may lead to modest strains on nonbank lenders’ balance sheets and a greater risk of making bad loans for all lenders,” Moody’s stated. “The government’s closure is credit neutral for securitizations, with resulting delinquencies likely to be temporary, and credit criteria and due diligence preventing new transactions from including loans with unverified information. Risks will rise if the shutdown persists and the start of the spring home buying season approaches.”
Moody’s added that all residential mortgage lenders, including depository institutions, “face an increased risk of missing red flags on borrower quality, lapses that could lead to loans with higher risk of losses.” The secondary market could also be impacted in this environment.
“The shutdown is also negative for nonbank lenders, which currently make up approximately 60 percent of mortgage originations, because they will be unable to sell a small percentage of their loans (such as loans to federal workers because of the inability to verify their employment) during the shutdown to certain investors such as Fannie Mae and Freddie Mac,” Moody’s stated. “This will expose these originators to modest balance sheet strain. The shutdown is also halting government-provided reverse-mortgage insurance for home equity conversion mortgages (HECMs), making it less likely that lenders will originate these loans during the shutdown.”
Moody’s also observed that lenders will need to develop their own methods to validate Social Security Numbers, rather than rely on the federal government, and request tax transcripts directly from borrowers rather than wait for the Internal Revenue Service to resume operations. Furthermore, the National Flood Insurance Program (NFIP) and other government offerings are at risk of being shut down if the current situation continues indefinitely.
Link copied
Published
Jan 10, 2019
Coming Up See All
Sep
28
DealDesk: Introduction to Acra Lending's Light Doc Programs
Webinar
2:00 PM ET
Sep
29
How to Win with Non-Delegated Correspondent - Key Insights on the Model and Fulfillment Solutions
Webinar
2:00 PM ET
Oct
06
How to Use Credit as A Strategic Tool to Attract More Leads, Make Better Offers and Close More Loans
Webinar
2:00 PM ET
Get the Daily
Advertisement
Advertisement
Analysis and Data
Foreclosure Starts Up 15% From July