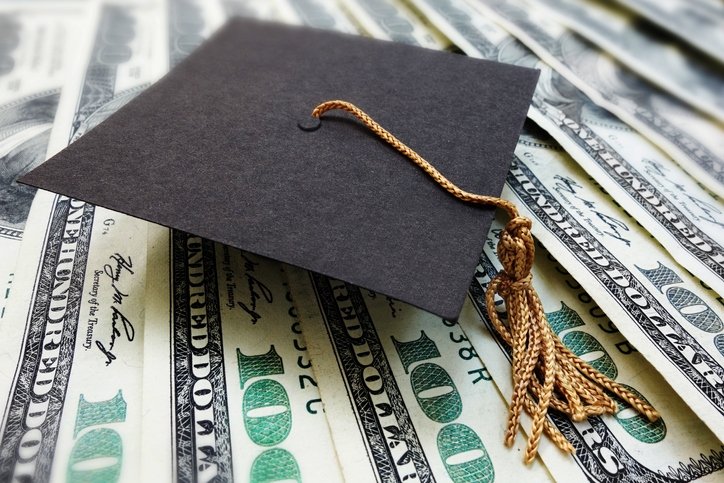 Roughly three out of four Millennials carrying student loan debt have put off making at least one major financial milestone due to their debt burden, according to a new survey from Bankrate.com.
Student loan debt currently totals $1.5 trillion. In a poll of 3,885 adults, 73 percent of Millennial respondents stated that their student loan debt prevented from saving for emergencies (38 percent), buying a home (31 percent), paying off other debt including credit card bills (28 percent), buying or leasing a car (28 percent), saving for retirement (25 percent), having children (19 percent) and getting married (17 percent).
Of the Millennial respondents who acknowledged carrying student loan debt, 34 percent said that given the chance for a do-over they would have applied for more scholarships than they did, while 25 percent said they would have attended a cheaper university, 24 percent would have attended a community college or trade school, 23 percent would have majored in a different field and nine percent would not have attended college at all.
“There’s a huge toll being taken on individuals and the U.S. economy from the growing burden of student loan debt,” said Bankrate.com’s Senior Economic Analyst Mark Hamrick. “For the huge slice of the American population with debt, it is necessary to juggle competing goals including saving for emergencies and retirement as well as major life decisions.”
Link copied
Published
Feb 27, 2019
Coming Up See All
Oct
06
How to Use Credit as A Strategic Tool to Attract More Leads, Make Better Offers and Close More Loans
Webinar
2:00 PM ET
Oct
11
California Mortgage Expo – SF/Oakland
San Francisco, CA
Oct
13
Close More Loans for Self-Employed Borrowers
Webinar
2:00 PM ET
Get the Daily
Advertisement
Advertisement
Distributed Retail
PennyMac Financial Services Appoints New Chief Mortgage Innovation Officer