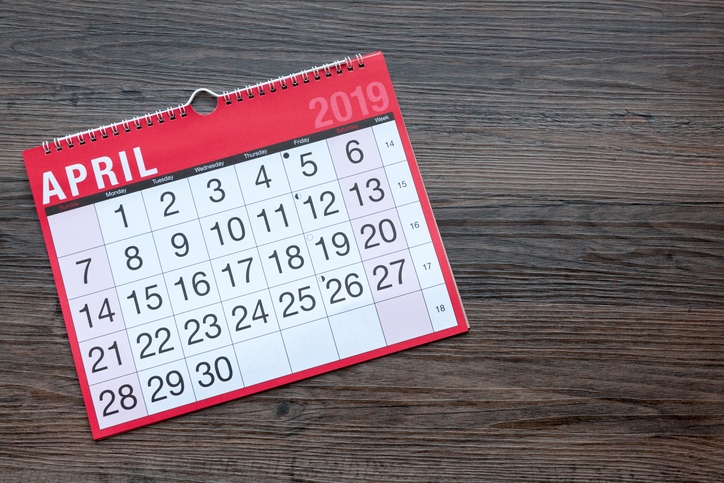 Out of the 52 weeks in the year, the data analysts at Realtor.com have picked the week of March 31-April 6 as the best in 2019 for listing a home.
While this seven-day stretch includes April Fool’s Day, Realtor.com insisted that sellers who are serious in getting the best profits should aim for this part of the calendar. For starters, Realtor.com notes, the homes listed during the first week of April see an average of 14 percent more views while dealing with five percent less competition compared to the rest of the year's weekly average. As a result, homes are likely to sell in six days, or nearly nine percent, faster on average.
Furthermore, the typical home on the market during this week is priced nearly six percent higher than the beginning of the year, and Realtor.com estimated that could add an extra $17,000 to the list price for a typical listing priced just over $306,000 in early April.
"June is often considered the peak of home buying season, but our analysis found the first week of April is best for sellers looking to maximize list price, and also reduce the risk of price cuts and competition from other sellers," said Danielle Hale, Chief Economist for Realtor.com. "Given the time it takes from listing to close, putting a home on the market in early April positions sellers to attract buyers seeking to close and move before the beginning of school year."
Link copied
Published
Mar 14, 2019
Coming Up See All
Sep
28
DealDesk: Introduction to Acra Lending's Light Doc Programs
Webinar
2:00 PM ET
Sep
29
How to Win with Non-Delegated Correspondent - Key Insights on the Model and Fulfillment Solutions
Webinar
2:00 PM ET
Oct
06
How to Use Credit as A Strategic Tool to Attract More Leads, Make Better Offers and Close More Loans
Webinar
2:00 PM ET
Get the Daily
Advertisement
Advertisement
Analysis and Data
Nominal House Prices And Overvalued Markets Increased