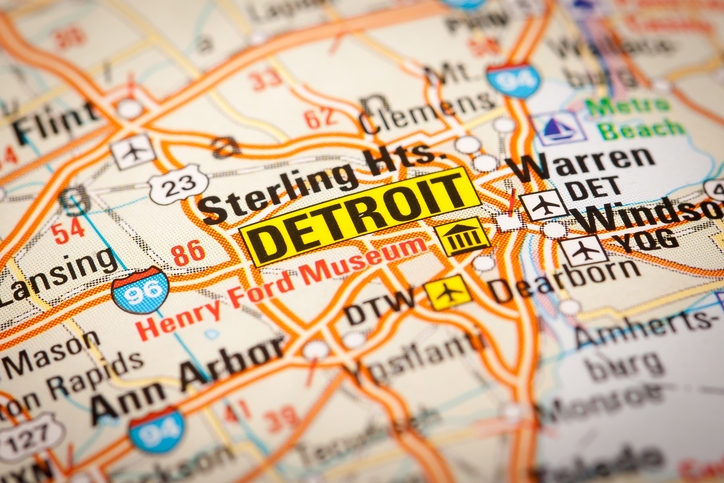 Flagstar, along with six other corporations, has committed $5 million over five years to the City's two funds to help revitalize neighborhoods. The City has already sought residents' input in Old Redford and developed an action plan. The announcement of the first teaming of a neighborhood with a corporate partner is a key step in turning plans into action.
"Old Redford is a proud Detroit community rich in potential," said Sandro DiNello, Chief Executive Officer of Flagstar Bank. "The spirit of the community, combined with our commitment, has all the makings of a great partnership."
Fresh off the announcement of the partnership, Flagstar is already working with the community:

►On April 23, Flagstar was at the Crowell Community Center taking part in the Pathways to Homeownership Fair. Loan Officers from Flagstar were on hand to talk to residents about affordable housing options available to them, including a new mortgage product called Destination Home that's custom-crafted for communities like Old Redford.
►On May 4, Flagstar employees will be in the Old Redford neighborhood as volunteers in Motor City Makeover, the City's annual cleanup and beautification initiative.
►Later in May, Flagstar will work with Building Families First community organization to rehab two Detroit Land Bank homes in the community, work with potential renters to get them into the houses, and ultimately, help them purchase the home.

"With features like no downpayment and a renovation option, we think Destination Home is a perfect fit for the community," said Kristy Fercho, President of Mortgage at Flagstar. "We would love to see a spike in homeownership in the community as a result of Destination Home."
Mayor Mike Duggan said, “We've never had this kind of investment in our neighborhoods, and so we had a discussion with the residents about pairing up with our corporate partners," said Mayor Mike Duggan. "The Old Redford community response was incredibly positive to the idea of a partnership with Flagstar, and I know together, we are going to do great things for this neighborhood."
Link copied
Published
Apr 23, 2019
Coming Up See All
Sep
28
DealDesk: Introduction to Acra Lending's Light Doc Programs
Webinar
2:00 PM ET
Sep
29
How to Win with Non-Delegated Correspondent - Key Insights on the Model and Fulfillment Solutions
Webinar
2:00 PM ET
Oct
06
How to Use Credit as A Strategic Tool to Attract More Leads, Make Better Offers and Close More Loans
Webinar
2:00 PM ET
Get the Daily
Advertisement
Advertisement
Analysis and Data
New-Home Sales Explode In August