The Best Market for Real Estate Agents Is… 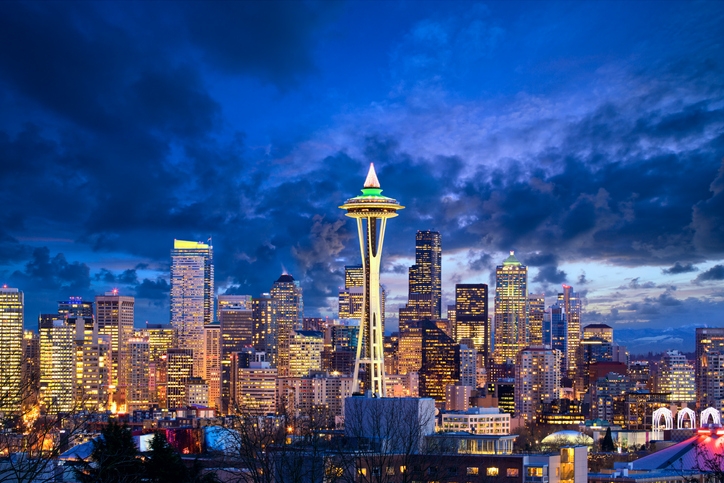 Real estate agents on the prowl for financially lucrative opportunities will do best in Seattle, according to a new study released by WalletHub.
The new study analyzed more than 170 cities with 19 key indicators including sales per agent to annual median wage for real-estate agents to housing-market health index. Seattle topped the list, followed by Salem, Ore., San Francisco, Oakland, San Jose, Denver, Fremont, Calif., Boston, Washington, D.C., and Phoenix. At the bottom of the list, Brownsville, Texas, was named the worst market.
WalletHub reported that Modesto, Calif., had the most homes sold in the past year per real-estate agent, with 106.48, while Houston had the fewest at 7.25. San Francisco had the highest median house price at $927,400, and Detroit had the lowest at $42,800. New York City was home to the highest annual median wage for real-estate agents, $79,810, while Fort Smith, Ark., saw the lowest at $28,130. But New York City also had listings with the most days on the market at 160, while Oakland had the fewest at 41 days. And Memphis had the highest share of home flips, 12.76 percent, with Albuquerque, N.M., recording the lowest at 1.35 percent.
Link copied
Published
Apr 24, 2019
Coming Up See All
Oct
06
How to Use Credit as A Strategic Tool to Attract More Leads, Make Better Offers and Close More Loans
Webinar
2:00 PM ET
Oct
11
California Mortgage Expo – SF/Oakland
San Francisco, CA
Oct
13
Close More Loans for Self-Employed Borrowers
Webinar
2:00 PM ET
Get the Daily
Advertisement
Advertisement
Analysis and Data
The Kids Want To Be Homeowners