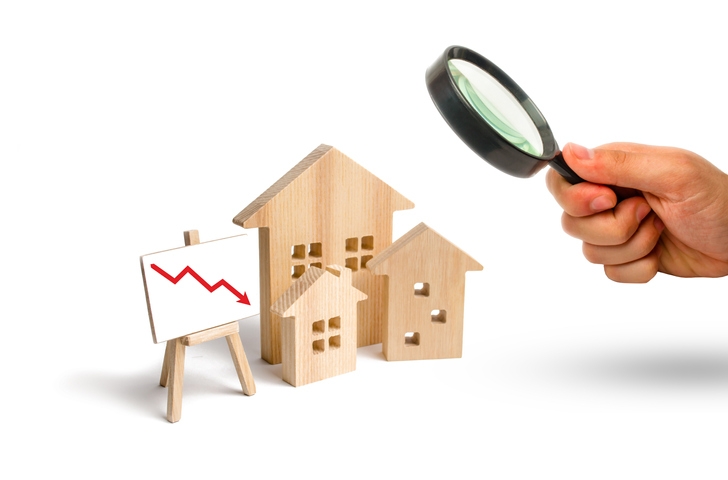 Today’s housing market news pointed to downward data trajectories.
Sales of new single-family houses in April were at a seasonally adjusted annual rate of 673,000, according to estimates from the U.S. Census Bureau and the Department of Housing and Urban Development. This is 6.9 percent below the revised March rate of 723,000, although it is also seven percent above the April 2018 estimate of 629,000. The median sales price of new houses sold in April was $342,200 and the average sales price was $393,700. The seasonally-adjusted estimate of new houses for sale at the end of April was 332,000, which represents a supply of 5.9 months at the current sales rate.
“New home sales for April came in below expectations," said Tian Liu, chief economist at Genworth Mortgage Insurance. "This does not necessarily mean that the spring home selling season is not going well for homebuilders. Instead, homebuilders may be taking advantage of the lower interest rates and surging buyer interests by raising prices. As a result, sales volume came in slightly below expectations. The spring selling season is still progressing well for homebuilders, as the run rate for the year to date is still ahead of last year’s level.”
Separately, Freddie Mac reported the 30-year fixed-rate mortgage (FRM) averaged 4.06 percent for the week ending May 23, down from last week when it averaged 4.07 percent. The 15-year FRM week averaged 3.51 percent, down from last week when it averaged 3.53 percent. And the five-year Treasury-indexed hybrid adjustable-rate mortgage (ARM) averaged 3.68 percent, up from last week when it averaged 3.66 percent.
“Mortgage rates fell for the fourth consecutive week and continued the medium-term trend of lower rates since late 2018,” said Freddie Mac Chief Economist Sam Khater. “The drop in mortgage rates is causing purchase demand to rise and the mix of demand is skewing to the higher end as more affluent consumers are typically more responsive to declines in rates.” 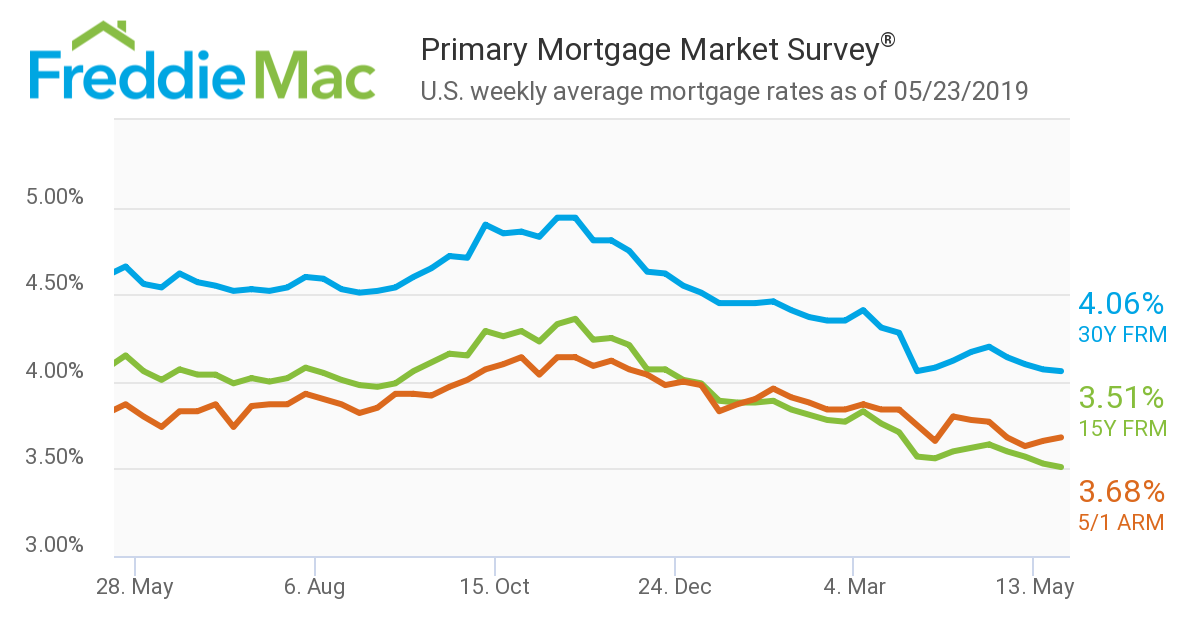