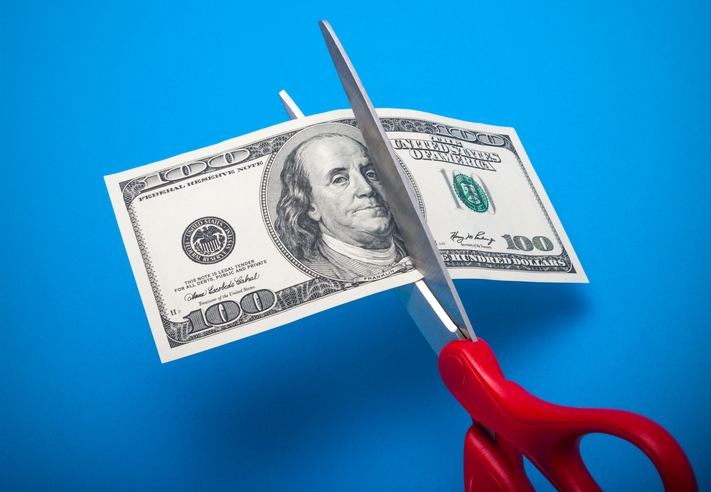 Federal Reserve Bank of St. Louis President James Bullard raised the possibility that the nation’s central bank will drop a rate cut later this year if the economy sails into choppy waters.
Speaking yesterday before the Union League Club of Chicago in a presentation titled “Remarks on the Current Stance of U.S. Monetary Policy,” Bullard suggested a cut in the Federal Open Market Committee’s (FOMC) policy rate could occur if ongoing global trade disputes contribute to slower U.S. economic growth.
“The FOMC faces an economy that is expected to grow more slowly going forward, with some risk that the slowdown could be sharper than expected due to ongoing global trade regime uncertainty,” he said. “In addition, both inflation and inflation expectations remain below target, and signals from the Treasury yield curve seem to suggest that the current policy rate setting is inappropriately high. A downward policy rate adjustment may be warranted soon to help re-center inflation and inflation expectations at target and also to provide some insurance in case of a sharper-than-expected slowdown.”
Bullard added that U.S. real GDP has been growing at a 3.2 percent pace over the last year, but this year’s growth is expected to be slower.
“To the extent global trade uncertainties have become more severe, this slowing may be sharper than previously anticipated,” he said, noting that actual and market-based inflation expectations were below the FOMC’s two percent inflation target. “This is occurring despite more than two years of upside surprise in the U.S. real economy. This is clearly concerning for the credibility of the inflation target.”
Bullard’s presentation avoided mentioning the repeated pressure by President Trump to have the Federal Reserve slash interest rates. The Fed has hiked rates nine times December 2015 and Chairman Jerome Powell, a Trump appointee, has repeatedly given the impression that there will be no further rate hikes this year. The Fed set the current benchmark interest rate in a range between 2.25 percent and 2.5 percent.
Link copied
Published
Jun 04, 2019
Coming Up See All
Sep
28
DealDesk: Introduction to Acra Lending's Light Doc Programs
Webinar
2:00 PM ET
Sep
29
How to Win with Non-Delegated Correspondent - Key Insights on the Model and Fulfillment Solutions
Webinar
2:00 PM ET
Oct
06
How to Use Credit as A Strategic Tool to Attract More Leads, Make Better Offers and Close More Loans
Webinar
2:00 PM ET
Get the Daily
Advertisement
Advertisement
Analysis and Data
Foreclosure Starts Up 15% From July