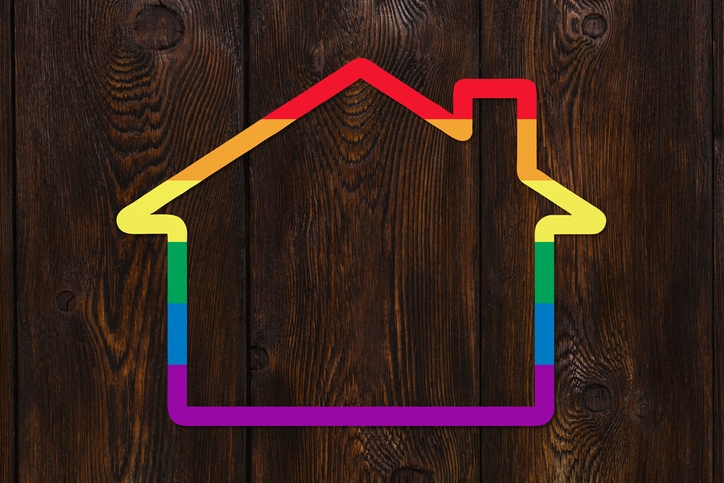 The National Association of Realtors (NAR) is observing LGBT Pride Month with the release of its first Profile of Lesbian, Gay and Bisexual Buyers and Sellers.
The report studies the difference between LGB and straight homebuyers and sellers from data culled in the last four years of NAR's Profile of Home Buyers and Sellers reports.  NAR concluded that bisexual home buyers were the most likely to indicate they were first-time homebuyers (58 percent), followed by lesbian and gay buyers (36 percent) and heterosexuals (32 percent). Bisexuals were also the youngest buyers, a median age of 36 years old, and had the lowest median income of $62,400, while lesbian and gay buyers were the oldest buyers at 45 years old and a $92,000 median income. In comparison, heterosexual buyers reported a median age of 44 and a median income of $91,200.
NAR also determined bisexual sellers were the most likely to identify as first-time home sellers at 50 percent, while lesbian and gay first-time sellers and their heterosexual counterparts each registered at 36 percent. Bisexual home buyers were less likely to identify as white than lesbian/gay or heterosexual buyers (77 percent, compared to 88 percent and 85 percent, respectively), and were nearly twice as likely to identify as Hispanic than both groups (13 percent compared to 7 percent). Fourteen percent of bisexual buyers were born outside of the U.S., versus 7 percent of lesbian and gay buyers.
"The number of home buyers and sellers who identify as lesbian, gay or bisexual has remained steady at 4 percent since we first included the question in our HBS survey in 2015," said Lawrence Yun, NAR Chief Economist. "Given that Millennials now make up 37 percent of home buyers and attitudes regarding sexual orientation continue to shift even among Generation Z, we expect to see this percentage increase in future surveys as younger generations are more likely to self-identify as LGB."
Link copied
Published
Jun 06, 2019
Coming Up See All
Sep
28
DealDesk: Introduction to Acra Lending's Light Doc Programs
Webinar
2:00 PM ET
Sep
29
How to Win with Non-Delegated Correspondent - Key Insights on the Model and Fulfillment Solutions
Webinar
2:00 PM ET
Oct
06
How to Use Credit as A Strategic Tool to Attract More Leads, Make Better Offers and Close More Loans
Webinar
2:00 PM ET
Get the Daily
Advertisement
Advertisement
Industry News
Angel Oak Layoffs Add To Growing List Of Non-QM Cuts