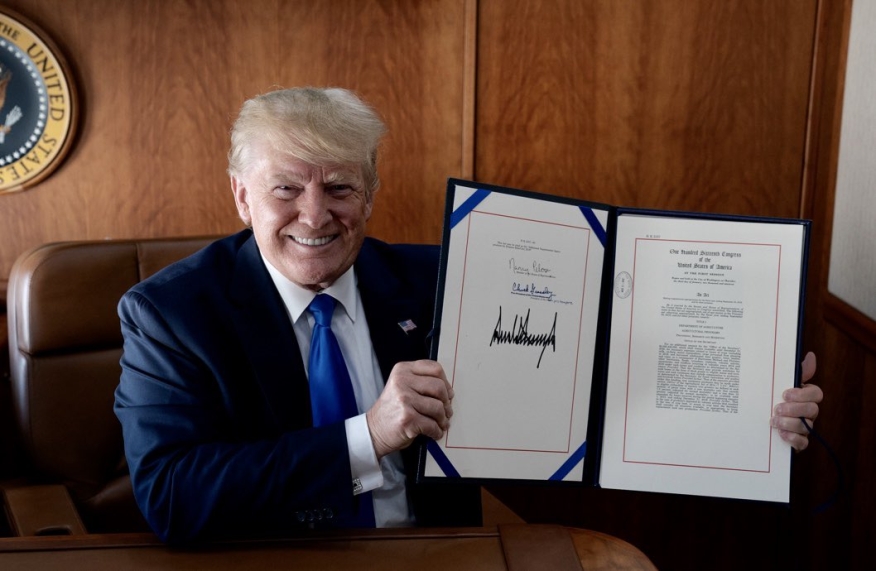 President Trump signed the $19 billion disaster relief bill that includes an extension of the National Flood Insurance Program (NFIP) through Sept. 30, the end of the current fiscal year.
The bill was approved last month in a Senate floor vote and by voice vote in the House, but Reps. Thomas Massie (R-KY), Alex Mooney (R-WV) and John Rose (R-TN) raised objections to the House voice vote and demanded that measure gain approval by a recorded vote. The holds were put in place as the House was departing for a 10-day Memorial Day recess.
The bill, which runs more than 70 pages, allocates funds to states that were impacted by hurricanes, flooding, wildfires and earthquakes over the past year, as well as the hurricane-damaged sections of Puerto Rico–the island is also receiving $304 million in new Community Development Block Grant funding.
The President announced his signing of the bill on Twitter.
“Just signed Disaster Aid Bill to help Americans who have been hit by recent catastrophic storms,” he tweeted. “So important for our GREAT American farmers and ranchers. Help for GA, FL, IA, NE, NC, and CA. Puerto Rico should love President Trump. Without me, they would have been shut out!”
Link copied
Published
Jun 07, 2019
Coming Up See All
Oct
06
How to Use Credit as A Strategic Tool to Attract More Leads, Make Better Offers and Close More Loans
Webinar
2:00 PM ET
Oct
11
California Mortgage Expo – SF/Oakland
San Francisco, CA
Oct
13
Close More Loans for Self-Employed Borrowers
Webinar
2:00 PM ET
Get the Daily
Advertisement
Advertisement
Analysis and Data
The Kids Want To Be Homeowners