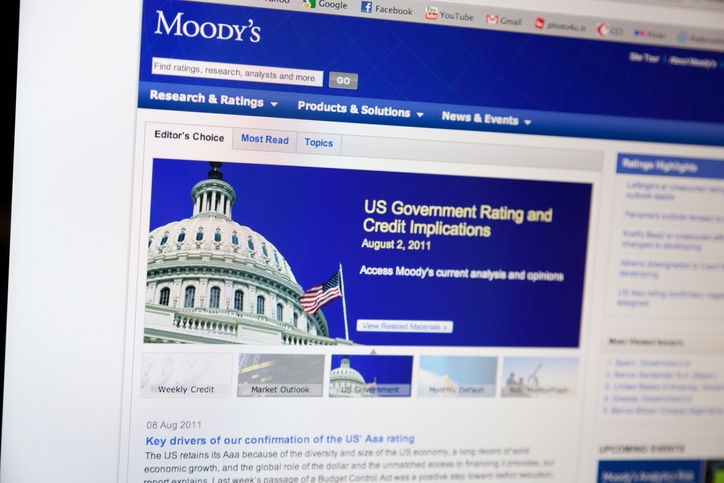 The introduction of direct competition from the private sector against Fannie Mae and Freddie Mac would create a credit negative for the government-sponsored enterprises (GSEs), according to a new data analysis from Moody’s Investor Services.
The data analysis follows statements from Mark Calabria, Director of the Federal Housing Finance Agency (FHFA), proposing his agency receive the authority to charter competitors for Fannie Mae and Freddie Mac in a post-conservatorship era. Moody’s noted that Fannie Mae and Freddie Mac currently hold “AAA Stable” ratings, and predicted that strengthening the FHFA’s powers would be a credit positive for the GSEs’ creditors. But Moody’s was less optimistic on the prospect of competitors muscling in on the GSEs’ territory.
“Over the past several years, Fannie has acquired 27 percent to 28 percent of U.S. residential mortgages originated and Freddie has acquired 17 percent to 18 percent,” Moody’s wrote. “These market shares demonstrate the firms’ role in anchoring this very large market, particularly in periods of prolonged uncertainty. A severe reduction in either companies’ market share would reduce their centrality to the U.S. housing finance market. A materially lower market share would erode the creditworthiness of the two companies and could lead us to reduce our support assumptions for Fannie and Freddie. In addition, more competitors could lead to weaker underwriting standards or price competition, both credit negatives for the GSEs' creditors. How negative this would be depends on how quickly, and predictably, their market share declined; how clear policymakers would be about their objectives; and the path forward to a reformed US housing finance market, including the level and form of government support.”
Link copied
Published
Jun 18, 2019
Coming Up See All
Oct
06
How to Use Credit as A Strategic Tool to Attract More Leads, Make Better Offers and Close More Loans
Webinar
2:00 PM ET
Oct
11
California Mortgage Expo – SF/Oakland
San Francisco, CA
Oct
13
Close More Loans for Self-Employed Borrowers
Webinar
2:00 PM ET
Get the Daily
Advertisement
Advertisement
Analysis and Data
The Kids Want To Be Homeowners