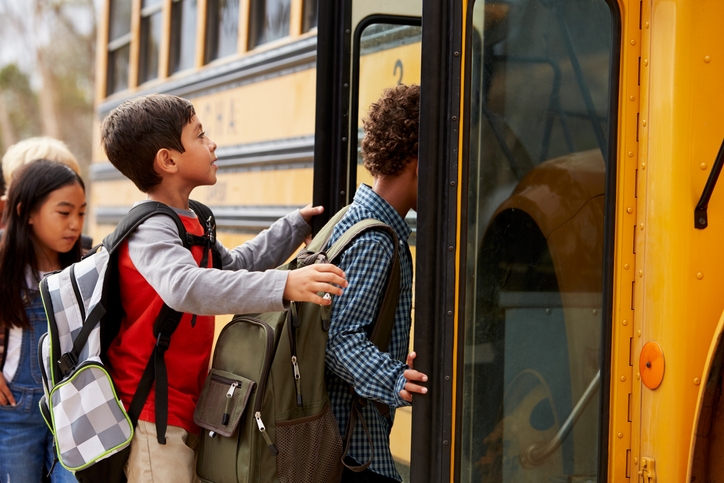 More than half of homebuyers with children consider the quality of the local school districts when moving into a neighborhood, according to the National Association of Realtors’ (NAR) 2019 Moving with Kids report.
In comparison to the 53 percent of buyers with children who investigate the local school environment as party of their house hunting, only 10 percent of those polled who had no children said the quality of schools in choosing a neighborhood and six percent said “convenience to schools” influenced their decision.
Among the respondents with children, the average dimension of a desired property covered 2,110 square feet with four bedrooms and two full bathrooms. In comparison, those without children were looking, on average, for 1,800 square feet in size with three bedrooms and two full bathrooms.
However, 26 percent of buyers with children said that they needed to postpone their purchase due to child care expenses. And for those who were able to make the purchase, 31 percent said they compromised on the size of the home and 24 percent said they compromised on the price of the home.
“Parents inherently make sacrifices for their children and family, and that is no different when shopping for a home,” said Lawrence Yun, NAR’s chief economist. “Of course, affordability is a part of the decision, but we have seen buyers with kids willing to spend a little more in order to land a home in a better school zone or district.”
As for home sellers with children, 25 percent told NAR that they sold because their previous home because they felt it was too small, while 19 percent said a job relocation caused them to sell and 13 percent said a change in their family situation spurred the sale. Only seven percent of sellers without children listed their home for sale because they felt it was too small.
Homebuying data based on family status is relatively scant. Last month, Redfin issued a report that determined that 31.1 percent of single mothers owned their own homes, compared to the overall national homeownership rate of 63.9 percent. The with the highest rates of homeownership among single mothers were McAllen, Texas at 46.6 percent; followed by Salt Lake City (41.7 percent); Grand Rapids, Mich. (41.5 percent); and Minneapolis (40.3 percent). The metros with the lowest rates for single mother homeownership are all in California: Fresno (20.5 percent), Los Angeles (20.7 percent), San Diego (22.4 percent) and Bakersfield (22.6 percent).
Link copied
Published
Aug 12, 2019
Coming Up See All
Aug
11
California Mortgage Expo — San Diego
San Diego, CA
Aug
11
SMS Marketing 101
Webinar
2:00 PM ET
Aug
18
Maximum Acceleration
Las Vegas, NV
Get the Daily
Advertisement
Advertisement
Analysis and Data
U.S. Added 528,000 Jobs In July