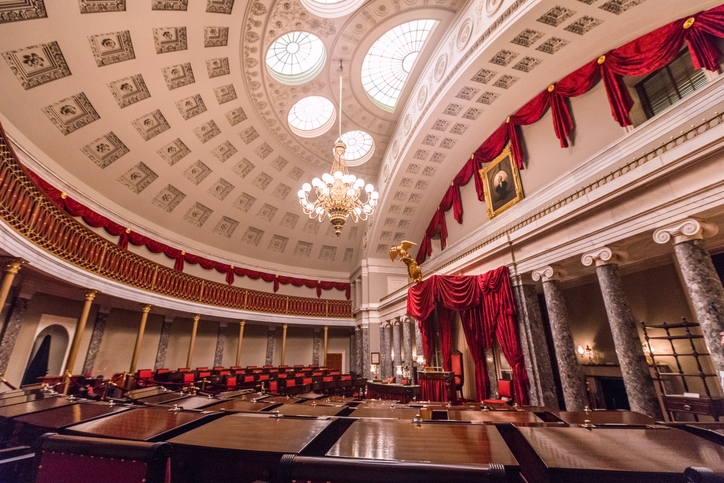 Two members of the Trump Administration and the Director of the Federal Housing Finance Agency (FHFA) called on Congress to take a proactive role in enacting a reform of federal housing policy.
In testimony delivered this morning before the Senate Banking Committee, Housing and Urban Development (HUD) Secretary Ben Carson made it clear that reform needed input from Congress–to the point of inviting Congress to take a leadership role.
“First, HUD’s plan recommends that Congress direct the Department to formally evaluate options, feasibility, and the economics of a credit-risk transfer program similar to those recently implemented by the GSEs,” said Carson in prepared remarks. “These programs could be effective ways for FHA to reduce the overall risk to taxpayers in FHA’s mortgage insurance programs while still serving HUD’s mission borrowers. Second, HUD proposes that Congress also direct FHA to more effectively manage lender counterparty risk in future books by authorizing such additional remedies as appropriate.”
Carson added that Congress needs to “reform the loan limit structure in the HECM program to reflect variation in local housing markets and regional economies across the U.S. instead of the current national loan limit set to the level of high-cost markets in the forward program ($726,525 for calendar year 2019). Second, HUD proposes Congress set a separate HECM capital reserve ratio and remove HECMs as obligations to the MMIF—reforms that would provide for a more transparent accounting of the program costs and decrease the cross-subsidization that occurs with mission borrowers in the forward mortgage portfolio.”
Carson also called on Congress to pass legislation that would restructure FHA as an autonomous government-owned corporation within HUD and to provide “new statutory acquisition authorities for the department, particularly to address instances where material underperformance of contracting vendors results in substantial quality deficiencies and costs.”
Treasury Secretary Steve Mnuchin sought congressional authorization for “an explicit, paid-for guarantee backed by the full faith and credit of the federal government that is limited to the timely payment of principal and interest on qualifying mortgage-backed securities. To foster competition, this guarantee should be available to the GSEs, and also to any other FHFA-approved competitors.”
Mnuchin added that while he was eager to work with Congress, he would also recommend Executive Branch action.
“I must emphasize, and our recommendations make it clear, that the Administration’s preference is to work with Congress to enact comprehensive housing finance reform legislation,” he said. “Legislation could achieve lasting structural reform that tailors explicit government support of the secondary market, and repeals the GSEs’ congressional charters and other statutory privileges that give them a competitive advantage over private sector competition.  At the same time, we believe that reform can and should proceed administratively. Pending legislation, Treasury will continue to support FHFA’s administrative actions to enhance the regulation of the GSEs, promote private sector competition, and satisfy the preconditions set forth in the plan for ending the GSEs’ conservatorships.”
FHFA Director Mark Calabria also noted change could not happen without Congress’ participation.
“Only Congress, however, can enact the structural reforms needed to fix today's broken model,” he said, adding, “Some argue reform should wait for a crisis. This shortsighted thinking fueled the last housing market collapse. As we learned then, it is impossible to solve complex problems in the middle of a crisis. To paraphrase President Kennedy, the time to repair the roof is when the sun is shining. Now is the time for bold reforms because our economy and housing market are strong. This will not always be the case.”
Calabria also observed that the status quo in housing policy needed to end.
“Our housing finance system also undercuts sustainable homeownership,” he said in his prepared remarks. “The Enterprises have expanded with the economy recently yet maintained risk and capital levels that ensure they will fail in a downturn. This pro-cyclical pattern harms low-income borrowers, making it easier to buy homes beyond their means when the economy is strong and harder to keep those homes when the economy is weak. Our housing finance system is supposed to serve homeowners and renters while protecting taxpayers. Currently, it fails on both counts.”
Link copied
Published
Sep 10, 2019
Coming Up See All
May
26
Non-QM is about Solutions and Confidence
Webinar
1:00 PM ET
Jun
01
DealDesk Focus on Acra Lending Rehab Loans
Webinar
1:00 PM ET
Jun
08
Motor City Mortgage Expo
Detroit, MI
Get the Daily
Advertisement
Advertisement
Industry News
Lakeview Loan Servicing Faces Multiple Lawsuits Over Data Breach