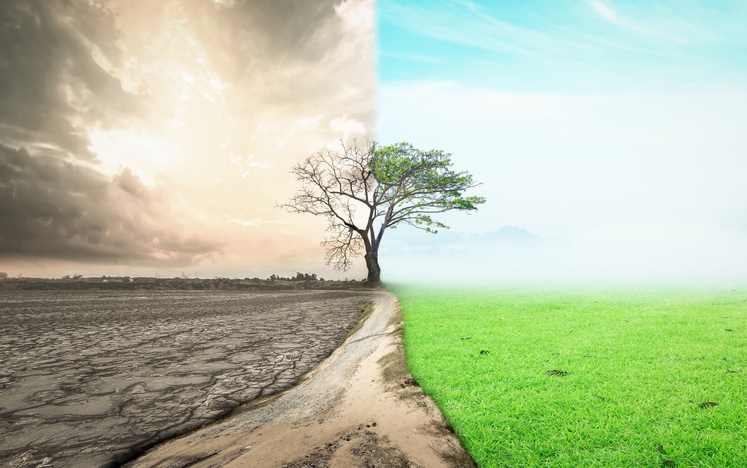 Sen. Brian Schatz (D-HI), a member of the Senate Banking Committee and chairman of the Senate Democrats’ Special Committee on the Climate Crisis, has introduced the Climate Change Financial Risk Act of 2019, which will require the Federal Reserve to conduct biennial stress tests on large financial institutions to determine if they can withstand climate-related financial risks.
The Climate Change Financial Risk Act would require the central bank to establish an advisory group of climate scientists and climate economists to develop the test scenarios, which would be divided into three categories: A 1.5 degree Celsius warming scenario a 2 degree scenario and a “business as usual” scenario that assumes a higher level of warming based on current climate policies. Financial institutions with more than $250 billion in total consolidated assets and are subject to Comprehensive Capital Analysis and Review (CCAR) stress tests would be required to submit to these tests.
“While our federal regulators are legally obligated to manage and reduce risks in the financial system, they have been ignoring the growing financial risks of climate change,” said Schatz. “We should not be treating some risks different from others: risks are risks. This bill will push the Fed to do their job and start taking climate risk seriously.”
In the Senate, the legislation’s co-sponsors include five candidates for the 2020 Democratic presidential nomination: Elizabeth Warren (D-MA), Michael Bennet (D-CO), Cory Booker (D-NJ), Amy Klobuchar (D-MN) and Kamala Harris (D-CA). A companion legislation has been introduced in the House of Representatives by U.S. Representative Sean Casten (D-IL).
Earlier in the month, the Federal Reserve indicated the possibility that climate change risk might be integrated into determining the state of financial stability and future monetary policy decisions.
Link copied
Published
Nov 21, 2019
Coming Up See All
Oct
06
How to Use Credit as A Strategic Tool to Attract More Leads, Make Better Offers and Close More Loans
Webinar
2:00 PM ET
Oct
11
California Mortgage Expo – SF/Oakland
San Francisco, CA
Oct
13
Close More Loans for Self-Employed Borrowers
Webinar
2:00 PM ET
Get the Daily
Advertisement
Advertisement
Analysis and Data
The Kids Want To Be Homeowners