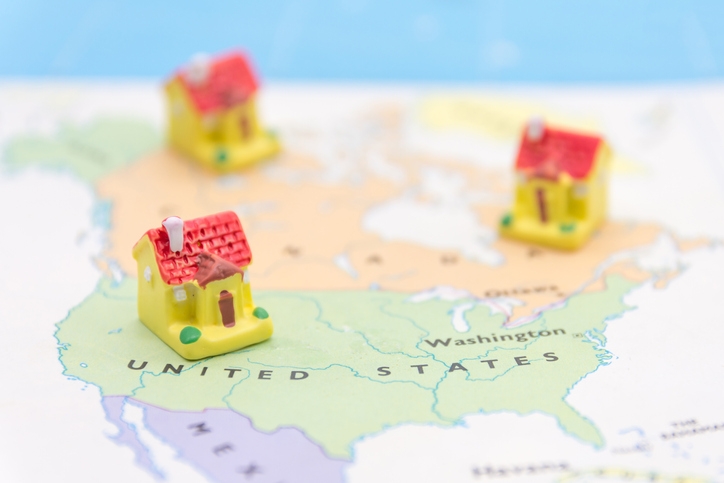 The frequency of defects, fraudulence and misrepresentation in the information submitted in mortgage loan applications during October was down by 1.4 percent from September, according to First American Financial Corp.’s Loan Defect Index. Compared to October 2018, the Defect Index took a 13.9 percent drop.
Last month, the Defect Index for refinance transactions decreased by 3.2 percent from September and decreased by 14.1 percent compared with a year ago. The Defect Index for purchase transactions was unchanged month-over-month and was down 8.5 percent compared with one year ago.
Only two states recorded a year-over-year increase in defect frequency: South Dakota (4.8 percent) and New York (2.4 percent), while Alaska saw the greatest annual defect frequency decline with a 34.4 percent plummet. Among the nation’s 50 largest metro areas, only Hartford, Conn., recorded an annual defect frequency rise, up 3.2 percent, while the greatest year-over-year decreases in defect frequency were in Virginia Beach, Va. (-25.8 percent), San Diego (-25.3 percent), San Antonio (-24.3 percent), Richmond, Va. (-23.7 percent) and Raleigh, N.C. (-23.2 percent).
“Based on our analysis, if mortgage rates continue to fall, the pressure on fraud risk may weaken,” said Mark Fleming, chief economist at First American. “This has played out throughout most of 2019, as the 30-year, fixed mortgage rate has been falling since December 2018, and overall fraud risk alongside it. “Fraud risk began declining in March 2019 and reached a historical low in October. The Loan Application Defect Index for refinance transactions has followed a similar trend, declining 14.1 percent between March and October 2019.
“However,” Fleming added, “defect risk for purchase transactions broke its six-month streak of declines in October. While still 8.5 percent lower than one year ago, defect risk remained flat compared with the previous month. October was also the first month since November 2018 where the 30-year, fixed mortgage rate increased month over month. Examining any potential link between defect risk trends and mortgage rates may shed light on what to expect for defect risk in the near future.”
Link copied
Published
Nov 27, 2019
Coming Up See All
Oct
06
How to Use Credit as A Strategic Tool to Attract More Leads, Make Better Offers and Close More Loans
Webinar
2:00 PM ET
Oct
11
California Mortgage Expo – SF/Oakland
San Francisco, CA
Oct
13
Close More Loans for Self-Employed Borrowers
Webinar
2:00 PM ET
Get the Daily
Advertisement
Advertisement
Analysis and Data
The Kids Want To Be Homeowners