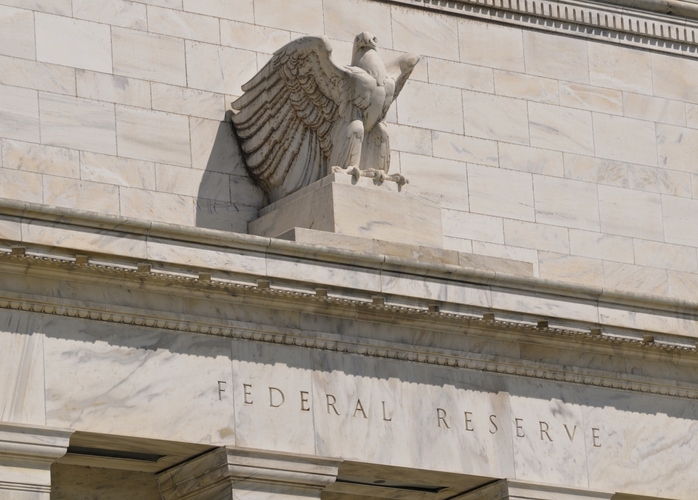 The Federal Reserve has opted to close out 2019 without any new rate cuts or hikes.
In the final meeting of the year of the central bank’s policymaking Federal Open Market Committee (FOMC), a unanimous consensus decided to maintain the target range for the federal funds rate at 1.5 percent to 1.75 percent. The committee noted a strong labor market and a moderate increase in economic activity, although business fixed investment and exports were considered by the Fed to be weak. In late October, the Fed announced its third rate cut since July.
“The Committee will continue to monitor the implications of incoming information for the economic outlook, including global developments and muted inflation pressures, as it assesses the appropriate path of the target range for the federal funds rate,” the Fed said in a statement. “In determining the timing and size of future adjustments to the target range for the federal funds rate, the Committee will assess realized and expected economic conditions relative to its maximum employment objective and its symmetric two percent inflation objective. This assessment will take into account a wide range of information, including measures of labor market conditions, indicators of inflation pressures and inflation expectations, and readings on financial and international developments.”
Mike Fratantoni, senior vice president and chief economist at the Mortgage Bankers Association (MBA), forecast a new year with no dramatic action by the central bank concerning rates.
“We expect they will hold at this level of rates through the course of next year, with slower economic growth, a steady job market, and modest inflation allowing them to take an extended pause,” he said. “FOMC voters generally have similar expectations regarding the economic forecast, with many anticipating that rates will be on hold for an extended period. Steady short-term rates should keep longer-term rates, including mortgage rates, steady as well, which will be a positive for homebuyers in the year ahead. Financial markets remain somewhat fragile, with many concerned regarding the lack of liquidity in overnight funding markets. The Fed’s ongoing efforts to add liquidity through repos and Treasury purchases will remain a key focus of meetings in the year ahead, even if their short-term rate target is locked in.”
Link copied
Published
Dec 11, 2019
Coming Up See All
Sep
28
DealDesk: Introduction to Acra Lending's Light Doc Programs
Webinar
2:00 PM ET
Sep
29
How to Win with Non-Delegated Correspondent - Key Insights on the Model and Fulfillment Solutions
Webinar
2:00 PM ET
Oct
06
How to Use Credit as A Strategic Tool to Attract More Leads, Make Better Offers and Close More Loans
Webinar
2:00 PM ET
Get the Daily
Advertisement
Advertisement
Analysis and Data
New-Home Sales Explode In August