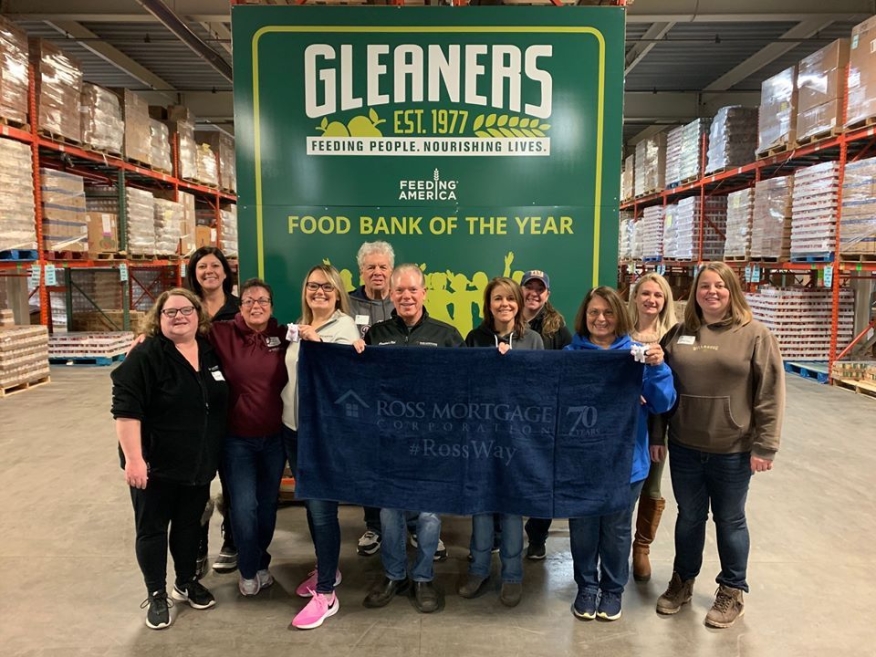 Ross Mortgage Corporation has announced today the company volunteered 375 man-hours of service, donated more than 820 items to organizations in need, and raised more than $5,000 for charity in honor of the company’s 70th anniversary in 2019.
“There is no better way to celebrate 70 years of success than to give back to the local communities we serve,” said Tim Ross, CEO of Ross Mortgage Corporation. “I’m so proud of our team at Ross Mortgage for stepping up to help five local charities focused on causes that are near and dear to our company.”
Ross Mortgage’s 70th anniversary kicked off in August with a day of volunteering at Life Remodeled cleaning up blight in downtown Detroit. The company continued on to support a new charity each month until the end of the year. Local organizations supported by Ross Mortgage included Detroit Public Schools Community District, The American Cancer Society, Gleaner’s Community Food Bank and The Salvation Army.
A book drive was held in September in honor of National Literature Month. More than 320 books were donated to Detroit Public Community Schools District. The company attended the Making Strides Against Breast Cancer Walk in Detroit in honor of Breast Cancer Awareness month in October, raising in excess of $5,000 for The American Cancer Society. Ross Mortgage also spent a day volunteering in November at Gleaner’s Community Food Bank, packaging 24,513 pounds of food and creating 19,425 meals for community members in need. Finally, the company donated more than 100 coats, hats and mittens to The Salvation Army in December.

Thanks to the successful launch of the UniteCT program, emergency rental assistance funds are helping Connecticut residents maintain housing. The program is administered by the state’s Department of Housing and runs on technology from Yardi called Rent Relief.  UniteCT is f...