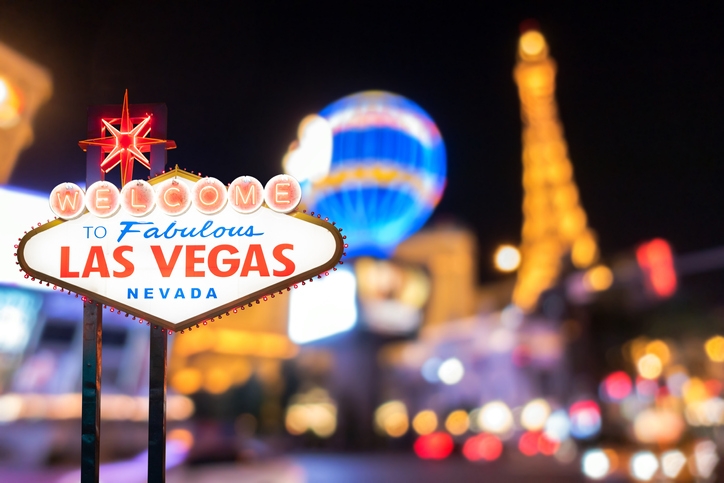 Potential homebuyers seeking property outside of their place of current residence are mostly checking out the housing market in Las Vegas, according to a new study from Zillow.
The Seattle-based brokerage used its web traffic to follow the home shopping habits of today’s buyers, and it found approximately 61 percent of page views of Las Vegas homes come from non-local searchers, the highest of the 50 major metro areas. Among those researching the Las Vegas market, nearly 18 percent came from California’s Los Angeles/Orange County, which was also the highest share from a non-neighboring metro anywhere in the country.
The other large metros with a majority of searches coming from outside are Jacksonville (56.2 percent), San Antonio (55.2 percent), Riverside, Calif. (54.7 percent) and Raleigh, N.C. (54.1 percent). Chicago had the lowest share of out-of-town home shoppers at 16.1 percent, followed by New York City at 17.4 percent.
As for the major metros where local residents accounted for the highest shares of inquiries, St. Louis and Detroit were the top ranked areas at 73.8 percent and 69.1 percent, respectively. Nashville had the lowest share of local inquiries at 30.1 percent.
"Americans tend to be mobile, regularly seeking out new homes in an effort to balance career opportunities, family needs and the kinds of lifestyles available in our diverse country," said Zillow Economist Jeff Tucker. "The homes people view on Zillow paint a real-time picture of Americans' changing aspirations and preferences, sometimes years before they show up in public survey data. Search trends from 2019 reveal the ongoing movement of people out of the Northeast, as New Yorkers especially drift southward into the Sun Belt, and a few Midwestern cities where households are likely to stay put–St. Louis, Detroit and Cleveland."
If any of these online shoppers decided to make a purchase, they would be taking advantage of mortgage rates that continue to plummet. Freddie Mac found the 30-year fixed-rate mortgage (FRM) averaged 3.51 percent for the week ending Jan. 30, down from last week when it averaged 3.60 percent. The 15-year fixed-rate mortgage averaged three percent, down from last week when it averaged 3.04 percent. And the five-year Treasury-indexed hybrid adjustable-rate mortgage (ARM) averaged 3.24 percent, down from last week when it averaged 3.28 percent.
“This week’s mortgage rates were the second lowest in three years, supporting homebuyer demand and leading to higher refinancing activity,” said Sam Khater, Freddie Mac’s chief economist. “Borrowers who take advantage of these low rates can improve their cash flow by lowering their monthly mortgage payments, giving them more money to spend or save.”
Link copied
Published
Jan 30, 2020
Coming Up See All
Oct
07
Colorado Mortgage Summit
Denver, CO
Oct
12
California Mortgage Expo – San Francisco
San Francisco, CA
Oct
19
Suncoast Mortgage Expo
Tampa, FL
Get the Daily
Advertisement
Advertisement
Industry News
Fannie Mae Extends Multifamily Protections Indefinitely

'One of the most egregious wide-scale fraud for profit schemes since the years leading up to the Great Recession.'