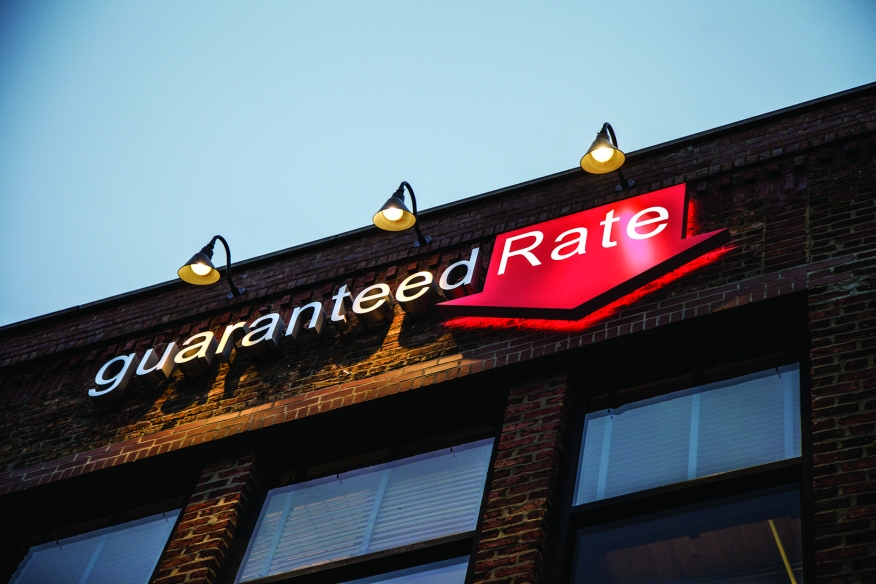 Mortgage lender Guaranteed Rate has reached a $15.06 million settlement with the Justice Department over allegations it knowingly violated program requirements when it originated and underwrote mortgages insured by the Department of Housing and Urban Development’s Federal Housing Administration (FHA), or when guaranteed by the Department of Veterans Affairs.
The agreement resolves allegations brought by former Guaranteed Rate employee Anthonitte Carranza under the whistleblower provisions of the False Claims Act, which permits private parties to sue on behalf of the government for false claims and to receive a share of any recovery.
The company issued a statement that says, in part: “Guaranteed Rate is committed to doing the right thing and serving the needs of our customers. We come from a good place. We always have. Mortgage lending is a complicated and highly regulated business, and government lending guidelines are especially complex. In this matter, the DOJ helped us identify some issues that had already been corrected or were immediately corrected once identified. At no time did any audit review highlight any of these issues previously. We never intentionally violated any guidelines, that’s just not who we are."

The statement continued, “At the same time, the statement from the DOJ feels dangerous to us. We have always operated with a customer-first approach, and a commitment to doing the right thing by adhering to all guidelines and regulations. We believe most of our peers in the industry do the same. Scenarios just like these have driven many lenders away from operating in this space, leaving the rest of us operating from a position of fear. This results in fewer options for customers, not more.”
According to the Chicago Tribune, the $15 million-plus civil settlement includes more than $2.4 million for Carranza, who worked as an underwriter for Guaranteed Rate from 2012 to 2013, and again from 2015 to 2016. In a lawsuit, Carranza alleged she was fired during her second tenure after raising concerns with Guaranteed Rate’s management that the company was “engaging in fraud and submitting false claims” to the government.
As part of the settlement, according to the Justice Department, Guaranteed Rate admitted that it failed to adhere to applicable self-reporting requirements, that its FHA underwriters received commissions and gifts in violation of program rules, and that there were instances in which its government underwriters were instructed not to review documents that were relevant to an underwriting decision. Guaranteed Rate also acknowledged that it certified and the government insured and guaranteed loans that were not eligible for FHA mortgage insurance or VA loan guarantees, and that HUD and the VA would not have insured or guaranteed the loans but for its actions.
While the alleged misconduct stretched back as far as January 2008, Guaranteed Rate took significant measures to stop the practices, both before and after being notified of the investigation. It received credit for doing so in connection with the settlement.
The Guaranteed Rate Companies, which includes Guaranteed Rate Inc. and Guaranteed Rate Affinity LLC, has over 5,000 employees in a total of 700 offices across the U.S, and funded $37 billion in 2019. Headquartered in Chicago, Guaranteed Rate is one of the largest retail mortgage lenders in the United States.
Link copied
Published
Apr 30, 2020
Coming Up See All
Jan
26
Mortgage Leadership Outlook: Karl Jacob
Facebook Live
•
1:00 PM PT
Jan
27
Making Money in Non-QM
Webinar
1:00 PM ET
Feb
08
Texas Mortgage Roundup — Austin
Austin, TX
Get the Daily
Advertisement
Advertisement
Analysis and Data
Housing Bubble? Buyers Say Yes, Economist Says No