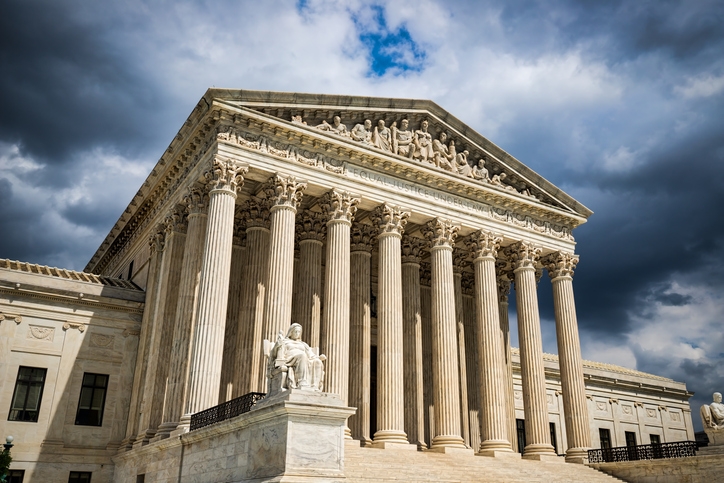 The Supreme Court ruled Monday that the structure of the Consumer Financial Protection Bureau, as currently constituted, is unconstitutional. In a 5-4 decision, Chief Justice John Roberts said that the bureau will continue operations. However, its director could be removed by the president at will.
"Such an agency lacks a foundation in historical practice and clashes with constitutional structure by concentrating power in a unilateral actor insulated from presidential control," Roberts wrote in the majority decision. "The agency may therefore continue to operate, but its Director, in light of our decision, must be removable by the President at will."
The ruling ends a near-decade-long battle over the case, “Seila Law LLC v. Consumer Financial Protection Bureau.”
Oyez, a legal research website focused on Supreme Court cases, reports the bureau, also known as the CFPB, was investigating Seila Law LLC, a debt-relief services law firm, among others. As part of its investigation, the CFPB issued a civil investigative demand to Seila Law that required it to respond to several requests for documents. Seila Law refused to comply, so the CFPB filed a district court petition to enforce compliance. The court granted the petition and ordered compliance. Seila Law appealed the order on two grounds, one of which was that the CFPB is unconstitutionally structured. Seila Law argued that the bureau's structure violates the constitution’s separation of powers because it is an independent agency headed by a lone director who is nominated by the president and must be confirmed by the Senate to a five-year term, who exercises substantial executive power but can only be removed by the president for cause.
“As an accompanying and important component of the decision, the court also concluded that the provision in the Dodd-Frank Act permitting severability of unconstitutional provisions (which include the structure of the CFPB) was applicable, with the result that the CFPB remains constitutionally intact, but now permits the president to remove the CFPB’s sole director without cause," said Joseph Lynyak III, a partner at the international law firm of Dorsey & Whitney.
“Even after today’s ruling, the @CFPB is still an independent agency. The director of that agency still works for the American people. Not Donald Trump. Not Congress. Not the banking industry. Nothing in the Supreme Court ruling changes that,” said U.S. Sen. Elizabeth Warren (D-Massachusetts), the architect of the CFPB, via Twitter. “Let’s not lose sight of the bigger picture: after years of industry attacks and GOP opposition, a conservative Supreme Court recognized what we all knew: the @CFPB itself and the law that created it is constitutional. The CFPB is here to stay.”
Bob Broeksmit, Mortgage Bankers Association president and CEO, said in a statement, “Severing the provision related to the independence of the CFPB’s director was the appropriate remedy if the court found the Bureau’s structure to be unconstitutional. While we may not agree with every action the bureau has taken in the past, today’s ruling will ensure the bureau’s rules that our members and ... consumers have come to rely on remain in place.”
There's been some speculation that this ruling also affects the Federal Housing Finance Authority. Mark Calabria, its director, said in a statement, via Twitter, "I respect the Supreme Court’s decision in the Seila Law case. This ruling does not directly affect the constitutionality of FHFA, including the for-cause removal provision."
Link copied
Published
Jun 29, 2020
Coming Up See All
Oct
19
Suncoast Mortgage Expo
Tampa, FL
Nov
10
Motor City Mortgage Expo
Detroit, MI
Nov
18
Texas Mortgage Roundup – Houston
Houston, TX
Get the Daily
Advertisement
Advertisement
Analysis and Data
MBA Forecast: Purchase Originations To Rise 9% In 2022