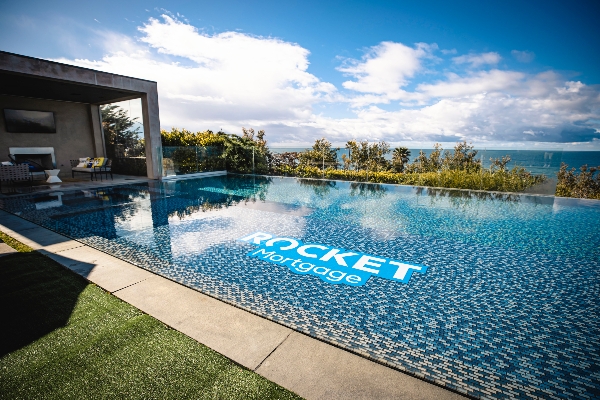 To kick off a year that will culminate with the Super Bowl returning to Los Angeles for the first time in nearly 30 years, the Rams are putting a distinctly LA spin on the Draft. In partnership with Rocket Mortgage, the Rams have converted a luxury home into a unique location to serve as general manager Les Snead and head coach Sean McVay’s Draft headquarters April 29 – May 1, as well as host other team business throughout the month of May. The Rams will be the only NFL team to make their selections away from their team headquarters.

The Rams will produce live Draft coverage from the Rocket Mortgage Draft House, including up-to-date content about each of the team’s selections and live shows. In addition, the Rams’ “Inside the Draft presented by Rocket Mortgage” series will provide a behind-the-scenes look at what goes into building a championship roster.

"The Rocket Mortgage Draft House creates a relaxing atmosphere for the Rams to make their selections in the draft, while also providing four lucky fans an opportunity to participate in a unique experience of their own," said Casey Hurbis, Rocket Mortgage chief marketing officer.

Following the Draft, the Rocket Mortgage Draft House will host exclusive experiences and provide a backdrop for original content for the Rams and their partners.

All three days of the 2021 NFL Draft will be broadcast on NFL Network, ESPN and ABC, including two nights of primetime coverage on Thursday and Friday.