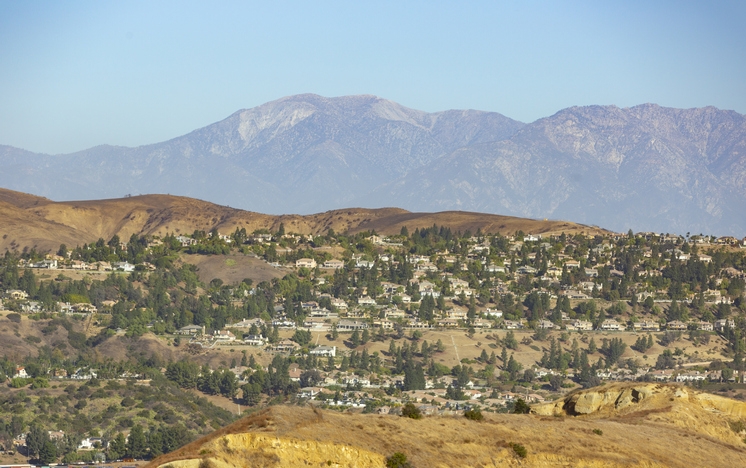 The percentage of California home buyers who could afford to purchase a median-priced, single-family home inched up 1% from the third quarter to the fourth quarter of 2021.

In California, home price growth is becoming more temperate as household incomes increase in the fourth quarter of 2021, improving the affordability outlook for residents across the state, according to the California Association of Realtors (CAR). 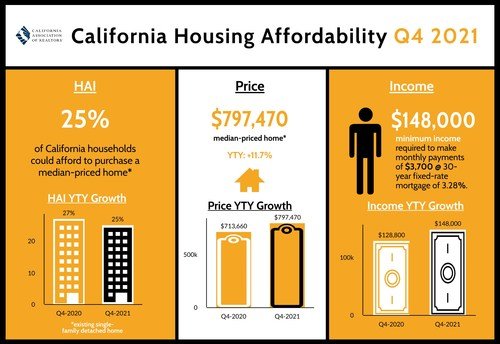 A minimum annual income of $148,000 was needed to qualify for the purchase of a $797,470 statewide median-priced, existing single-family home in the fourth quarter of 2021. The monthly payment, including taxes and insurance on a 30-year, fixed-rate loan would be $3,700, assuming there was a 20% down payment and loan had an effective composite interest rate of 3.28%. That’s a significant increase from the effective composite rate of .07% in the third quarter, and 2.96% in the fourth quarter of 2020.

The median price for condominiums and townhomes reached another record high in the fourth quarter of 2021, and affordability dipped significantly. Only 36% of California households earned the minimum income to qualify for a $610,350 median-priced condo/townhome in the fourth quarter of 2021, down from 41% a year ago. That would require an annual income of  $113,200 to make monthly payments of $2,830.

Outside of California, half the nation’s households (50%) could afford to purchase a $361,700 median-priced home, which requires a minimum income of $67,200 to meet monthly payments of $1,680. Nationwide affordability is down 5% from where it was a year ago.

In the San Francisco Bay Area, affordability improved in Alameda, Contra Costa, Marin while Napa was unchanged in the remaining 5 counties. San Mateo County was the least affordable Bay Area county with only 19% of households able to purchase a $2,100,000 median-priced home. However, 42% of Solano County households could afford a $585,000 median-priced home, making it the most affordable Bay County area.

In Southern California, Los Angeles was the only county to improve in affordability from the previous quarter. Orange, Riverside, San Bernardino and Ventura declined in affordability from the third quarter, and San Diego was unchanged. Orange County was the least affordable with 17% of households who could afford a median-priced home, and San Bernardino was the most affordable with 42% able to afford a median-priced home.

Across the entire state of California, Lassen (63%) was the most affordable county in the fourth quarter of 2021, followed by Kings (54%, Merced (45%), Shasta (45%) and Tuolumne (45%). Lassen also required the lowest minimum qualifying income to purchase a median-priced home at $46,000.