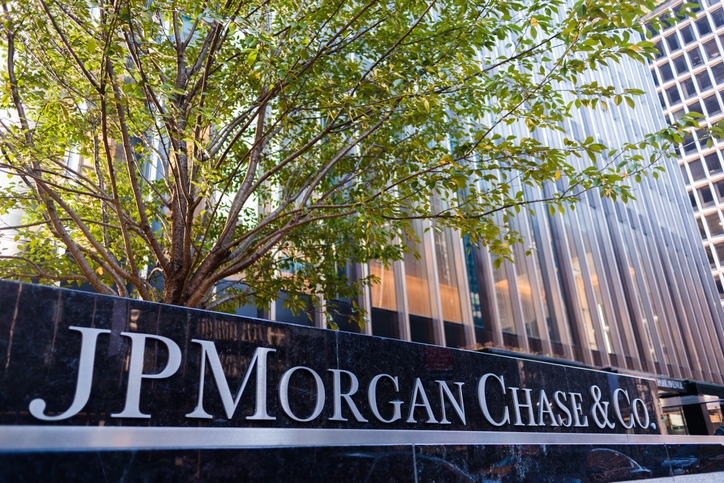 Nation's largest bank by assets reports 42% drop in earnings from a year earlier in 1Q 2022.

For JPMorgan Chase & Co. the first quarter of 2022 was a difficult equation.

Add a war in Ukraine to already rampant inflation and supply chain issues, and the sum isn’t pretty. For the nation’s largest bank by assets, it added up to a 42% drop in first-quarter profits when compared to a year earlier.

Unfortunately, the math could get even more difficult by the end of the year – especially if the Federal Reserve acts too boldly to rein in runaway inflation and induces a recession.

JPMorgan Chase released its first-quarter results Wednesday, signaling the start of what is expected to be a rough earnings season for the nation’s major financial institutions. In this case, the bank reported a profit of $8.3 billion, or $2.63 per share, down from $14.3 billion, or $4.50 per share a year earlier. The results fell below analysts expectations.

Wall Street reacted negatively to the report, with the bank’s stock on the New York Stock Exchange falling more than 3% to close Wednesday at $127.30, a 52-week low.

While the bank said its average loans were up 5% and average deposits rose 13% companywide from a year earlier, it cited credit costs of $1.5 billion that included setting aside net reserves totaling $902 million, “largely due to higher probabilities of downside risks,” as well as $582 million in net charge-offs.

In consumer and community banking, deposits were up 18% and client investment assets rose 9%, while combined debit & credit card spending rose 2% as dining and travel spending continued to climb during the quarter, the bank said.

In home lending, mortgage originations totaled $25 billion, but that was down 37% due primarily to rising rates, it said.

CEO Jamie Dimon pulled no punches in citing the reasons for the difficult quarter, as well as for the possibility of even more difficult times to come.

“We remain optimistic on the economy, at least for the short term – consumer and business balance sheets as well as consumer spending remain at healthy levels – but see significant geopolitical and economic challenges ahead due to high inflation, supply chain issues, and the war in Ukraine,” he said.

The challenge presented by Russia's invasion and war with Ukraine is that JP Morgan Chase has significant operations in Russia. The bank continues to wind down those operations; as reported last month by CNBC, Dimon said in his annual letter to shareholders that while management isn’t worried about its exposure in Russia, it could “still lose about $1 billion over time.”

Another challenge includes the Federal Reserve stepping up its efforts to combat inflation, made more urgent by this week’s report that the Consumer Price Index (CPI) rose 8.5% over the past 12 months, the highest rate in 40 years. The Fed’s efforts are expected to include multiple increases to the federal funds rate, which for the first time in years was raised a quarter point during its meeting last month, as well as "quantitative tightening" as the Fed sells off significant portions of its nearly $9 trillion balance sheet.

During the media conference call, both Dimon and Barnum declined to say whether they expect the Fed’s actions to result in tipping the economy into a recession. However, Dimon -- who has previously served on the board of directors of the Federal Reserve Bank of New York -- said it remains a risk due to the confluence of several factors: high inflation, the war in Ukraine, supply chain issues, and the continued response to the COVID-19 pandemic.

“Those are very powerful forces and these things are going to collide at one point, probably sometime next year,” he said. “And no one actually knows what’s going to turn out, so I’m not predicting a recession. But you know, is it possible? Absolutely."