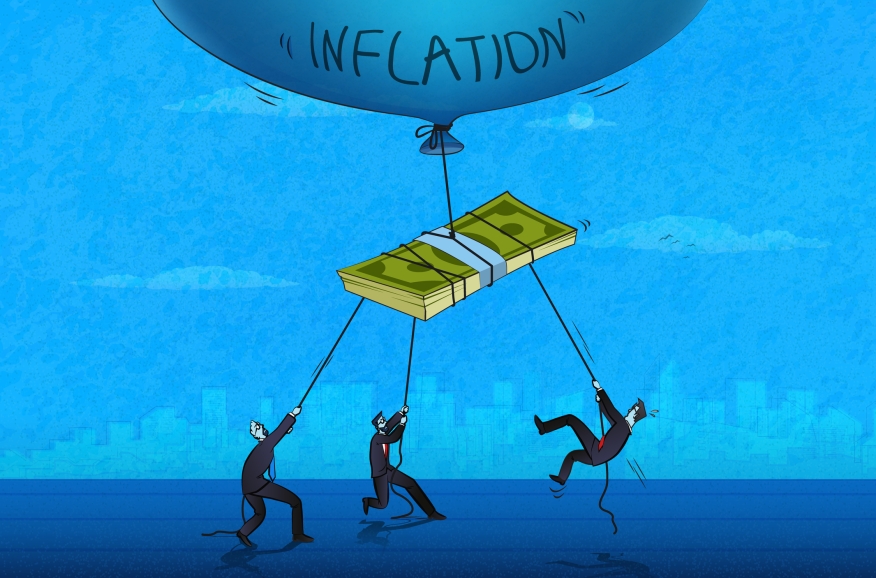 Rose 0.1% from July, but dips to 8.3% annually — likely not enough to alter Fed plans for another rate hike.

According to the monthly report released today by the U.S. Department of Labor’s Bureau of Labor Statistics (BLS), the consumer price index (CPI) ticked up 0.1% in August from a month earlier on a seasonally adjusted basis, after being unchanged in July. The annual rate, however, dipped to 8.3%, the second-straight monthly decrease in the annual rate after it hit 9.1% in June — the highest rate since the 12-month period ending November 1981.

The decline did not meet analysts’ expectations. Morgan Stanley economists, in a research note released last week, expected the CPI to fall 0.23% in August from July, pushing the year-over-year headline inflation measure to 7.9%.

That didn’t happen, with month-over-month increases in the shelter, food, and medical care indexes offsetting a 10.6% decline in the gasoline index and a 5.9% drop in the fuel oil index. While the monthly indexes fell, the gasoline index remains 25.5% higher than last year, while the fuel oil index is up 68.8% from last year. The electricity index (1.5%) and natural gas index (3.5%) both increased in August from July.

The food index continued to rise, jumping 0.8% from July as the food at home index rose 0.7%.

Core inflation, which excludes the volatile food and energy categories, jumped 0.6% in August from the previous month. That was led by the shelter index, which jumped 0.7% from July, the biggest monthly increase since 1991. Year over year, the shelter index is up 6.2%.

“The basic story here is that food and shelter prices continue to rise briskly,” said Connel Fullenkamp, Duke University economics professor. “Food prices are being driven by bad weather almost everywhere, and continuing stresses on the global food supply caused by the Russian invasion of Ukraine.”

Shelter prices, he added, “are being driven by a rental market that remains strong as people set aside plans to buy homes and opt to rent instead, given the combination of historically high home prices and mortgage rates that have risen to close to 6% now.”

Fullenkamp added that rental prices also enter the CPI index with a lag, “so we're seeing the influence of past rental price increases, as well as the impact of the current rental market.”

“The surprise to the upside all but guarantees continued aggressive action from the Fed, likely putting more upward pressure on mortgage rates,” Kushi said. “Mortgage rates have more than doubled compared with one year ago, resulting in slower sales and house price deceleration. Even higher rates will likely accelerate the great housing market moderation.”

During a speech to a financial symposium in August, Federal Reserve Chairman Jerome Powell said the central bank's primary goal is to reduce inflation to its 2% target rate, even if it may “bring some pain to households and businesses.”

So far this year, The Fed has increased rates four times, including unprecedented 75-basis-point increases in both June and July. Another 0.75% increase is expected after the Federal Open Market Committee (FOMC) completes its two-day meeting next week, on Sept. 20-21.

The boost in the federal funds rate has increased mortgage rates. The benchmark 30-year rate crept back up through August to end the month at 5.89%, up 50 basis points from July and the highest level since 2008. That has driven home affordability to a new 35-year low, according to Black Knight Inc.

The mortgage technology and data provider said Monday that, as a result, mortgage lending fell to a four-year low in August.

In addition to watching the inflation numbers, the Fed also is closely watching employment data.

The discouraging CPI report follows a report earlier this month that said the U.S. added jobs for the 20th straight month in August. Total nonfarm payroll employment increased by 315,000 in August, well below the revised July total of 526,000, and below the three-month average of 378,000, according to the BLS.

The unemployment rate, meanwhile, increased to 3.7%, as both the labor force participation rate and the number of unemployed people rose from a month earlier.

During its August meeting, the FOMC voted to raise the target range for the federal funds rate to 2.25% to 2.5%, and added that it “anticipates that ongoing increases ... will be appropriate.”

The Mortgage Bankers Association (MBA) has said it expects the Fed to continue to raise the Federal funds rate in 2022, reaching a range of 3.25% and 3.5% by the end of the year. 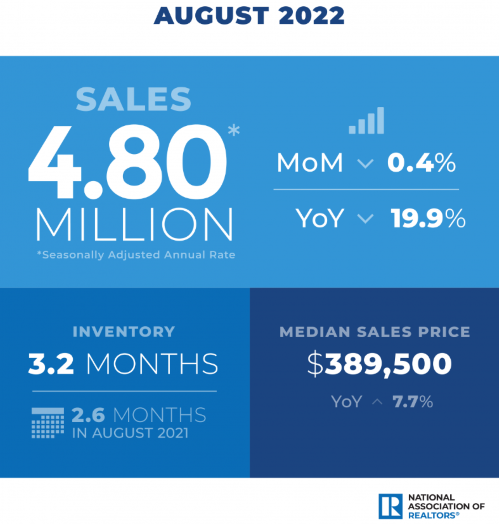