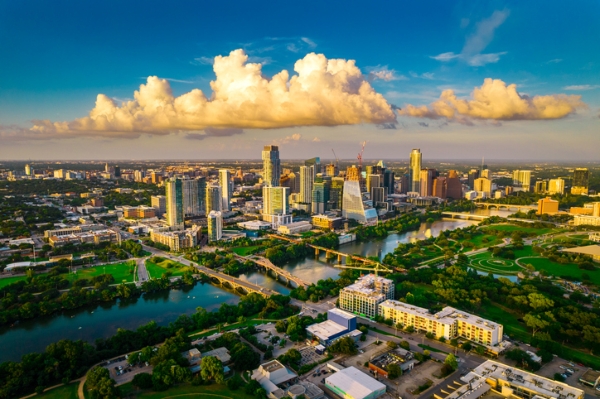 The total value of homes in Austin, TX surged by close to 40% in the past year, twice as fast as the entire U.S. which saw values rise 18.6% over the past year.

The 18.6% surge in total home value over the past year brought the total value for the U.S. to a record $38.6 trillion as of Dec. 2021, according to a Redfin report. Meanwhile, the total value of homes in Austin, TX surged 39.2% year over year to $365.9 billion in December—the largest gain among the 100 most populous U.S. metropolitan areas.

“The surge in housing values during the pandemic has widened the gap between homeowners and renters in America. Homeowners have seen their wealth increase significantly over the past year, while renters have missed out on those gains and are now grappling with rent inflation,” said Redfin chief economist Daryl Fairweather. “The silver lining is that housing values didn’t just climb in large affluent cities. Homeowners in rural America, who don’t normally see substantial home-value increases, also reaped the benefits of a booming housing market.”

As opportunities opened up for more folks to work remotely, Redfin reported that homebuyers began to flock to the Sun Belt states, prioritizing affordability over proximity to the office. On the opposite side of the spectrum, Redfin reported that St. Louis was the only metro that experienced a decline in total home value, falling 2.1% to $184.8 billion.

“St. Louis doesn’t typically see big jumps in home prices. That’s the way it has been historically, and that’s how it is now,” said local Redfin real estate agent Kevin Barnett. “We’ve seen more folks migrate here during the pandemic, but we’ve also seen out-migration. The city is also predominantly older homes that need work. In the past, that meant they wouldn’t sell very easily, though we’re starting to see them sell for higher prices.”