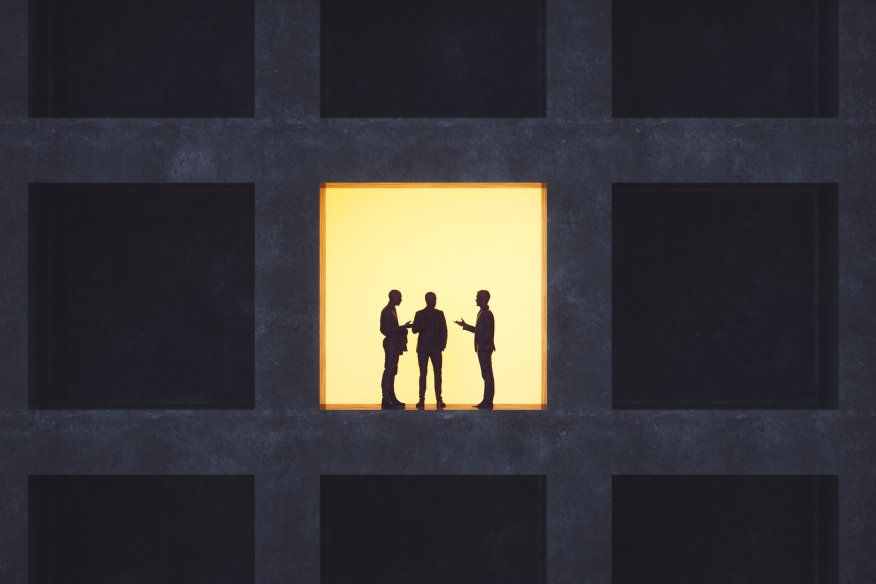 A spokesperson for CrossCountry, however, confirmed the deal in an email responding to a request for comment.

"As part of our company’s strategic growth plan, CrossCountry Mortgage (CCM) has acquired LendUS," a CrossCountry spokesperson said. "The combination of CCM and LendUS is a strong strategic fit. Both companies are thriving private lenders with complementary geographical footprints and a shared commitment to exceptional customer service. Existing customers and partners of both companies can expect the same great service and experience that makes these organizations stand out today."

Terms of the deal were not disclosed. LendUS has not yet responded to multiple requests for comment.

Unacknowledged in CrossCountry Mortgage's reply to NMP is that LendUS' history is marked by illegal and unethical practices.

Robert Hirt, who is CEO of LendUS and the former CEO of its predecessor RPM Mortgage, was fined $20 million in June 2015 for illegally paying bonuses and higher commissions to loan agents to steer customers into costlier loans, according to a Consumer Financial Protection Bureau news release. The CFPB said he paid his employees bonuses to place clients in loans with higher interest rates, which earned them tens of millions of dollars in payments between 2011 to 2013.

RPM Mortgage Inc. was a residential mortgage lender headquartered in California and operated about 60 branches across six states. In April 2011, RPM instituted a compensation plan that gave loan officers financial incentives to steer consumers into higher-rate mortgage loans. RPM provided its loan officers with different forms of compensation that were derived in part from the interest rates of the loans they closed.

“RPM rewarded its loan officers for steering consumers into mortgages with higher interest rates,” former CFPB Director Richard Cordray said. “We are putting an end to RPM’s unlawful practices and holding Robert Hirt personally responsible for his involvement in them.”

The company sought to mask the interest-rate-based compensation by filtering it through so-called “employee-expense accounts.” RPM deposited profits from an originator’s closed loans — profits that were directly tied to the loans’ interest rates — into an expense account set up for the originator. The company also allowed loan originators to tap their expense accounts to offset interest-rate reductions or give credits to certain customers to avoid losing the transactions to competitors. RPM paid or financed millions of dollars in unlawful bonuses, pricing concessions, and supplemental commissions, according to the CFPB news release.

The source who provided information to NMP previously worked with LendUS and Hirt for five years as a manager, and claims to have had a “bad ending” with Hirt and LendUs' “shady practices.”

“He’s a scam artist,” the source said, referring to Rob Hirt. “Lots of shady stuff occurred while I was working there. For example, he screwed over the two companies he acquired, Regency and American Eagle Mortgage, by not paying them. I don’t know how, but they got out of paying them and screwed over the owners."

Quentin Keefe, co-founder and CEO of Regency Mortgage Corp., filed a lawsuit against LendUS LLC (formerly RPM Holdings Inc.) after selling his business to Hirt in 2014. Keefe claimed in his complaint that he was entitled to annual bonuses every year during his employment; he received bonuses for the fiscal years 2015 through 2017, but claims he did not receive his bonus in 2018.

Additionally, Keefe claimed he was entitled to a settlement bonus after his termination, payable within 60 days after his termination, that was never paid to him. Keefe was an employee of LendUS after Regency was reincorporated and his attempts to negotiate with Hirt for early retirement were unsuccessful. Keefe’s employment was terminated in 2018.

Similarly, principals of JDJ Management LLC, owners of American Eagle Mortgage, John Schrenkel and John  Goede, filed suit against LendUS LLC (RPM Holdings Inc.) alleging that it did not uphold its Equality Purchase Agreement (EPA). Although some cash was paid at the time of closing, additional compensation was meant to follow in the form of earn-out payments. The lawsuit claims that $3 million in earn-out payments were not made and that LendUS breached multiple provisions of the EPA.

“I was a decorated employee before I got involved with this circle of evil,” the source said. “ I spent 16 years at Chase. … A highly respected general with many accolades and very respected in the industry.”

“They ruined my life, my career, my marriage …,” the source continued. “I was also the butcher of RPM, expected to oversee layoffs of over 200 employees — since Rob [Hirt] and John [Schrenkel] admitted they couldn’t afford to pay these employees. I was a rag doll for the whole company … pulled in every direction!”

In addition to being embroiled in multiple lawsuits, LendUs also suffered a data breach, affecting the personal information of more than 12,000 individuals. In 2021, LendUS learned that several  employee email accounts had been compromised. The company determined that the names and Social Security numbers of thousands of customers were contained in various emails and attachments.

A subsequent investigation revealed that an unauthorized party accessed certain email accounts at various times between Feb. 2 and March 22, 2021. While LendUS was unable to determine which emails or attachments were accessed, the company determined that the email accounts contained the names and Social Security numbers of 12,205 individuals.