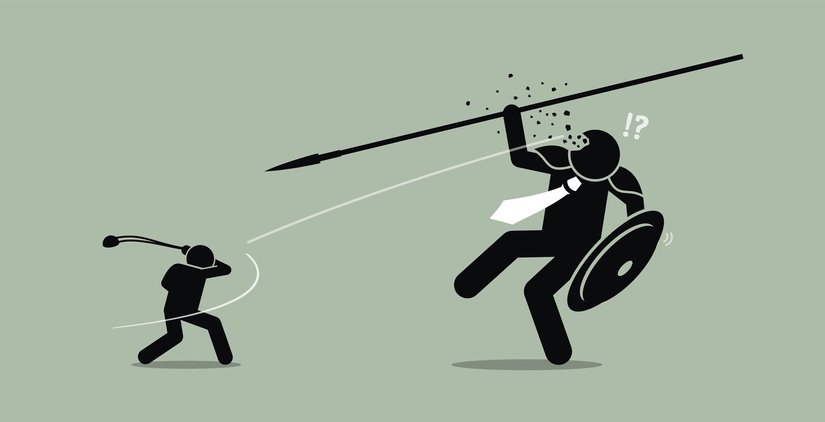 'There’s this myth going around that we signed the ultimatum as soon as it came out, but that’s a complete fabrication.'

“I’m in the fight of my life right now,” said Shawn Nevin, CEO of America’s Moneyline. “And why am I in this lawsuit, in the first place? For trying to get my clients the best deal on their mortgage.”

Last week, AML filed a countersuit against UWM, claiming it was intimidated into signing UWM’s “All-In” ultimatum with the liquidated damages provision included in the contract, while being repeatedly assured by UWM representatives that AML could continue to do business with Rocket Pro without facing any consequences or repercussions.

A spokesperson for UWM previously responded to AML’s claims by stating, “In March 2021, UWM announced its ‘All-In’ initiative stating UWM would no longer partner with mortgage brokerages that also partnered with Rocket Mortgage or Fairway Independent because they continue to harm the broker channel's long-term growth potential.”

“All of our current clients are aligned with the ‘All-In’ initiative and what it stands for,” the spokesperson continued. “However, a few brokerages have breached this agreement on a small scale, and we will/have addressed this. The actions of the brokerage, America’s MoneyLine, are egregious. They signed the terms of the agreement stating they would not send loans to UWM while also working with these other two companies, and then knowingly and purposefully breached that agreement. Following a conversation with them, they continued to submit loans to UWM and Rocket Mortgage. Therefore, UWM is moving forward with legal action enforcing the penalties laid out and agreed to in the contract.”

California-based brokerage, America’s Moneyline (AML), was formerly one of United Wholesale Mortgage’s (UWM) top loan producers. That was before they had a falling out in December 2021 and completely severed connections in January 2022, according to the countersuit. AML now faces up to $2.8 million in fines for continuing to work with UWM’s competitor, Rocket Pro.

“They’re punishing us by suing for nearly $3 million. I’m not worth that much, he wants to put me out of business,” Nevin said. “Plus, the dollar amount is so arbitrary — where do they come up with that number? We make less in profit on these loans … maybe between $500 to $1,000 profit per loan,” Nevin said in reference to the provision on liquidated damages.

“There’s this myth going around that we signed the ultimatum as soon as it came out, but that’s a complete fabrication,” said Dean Lobb, chief operating officer at AML. “We never wanted to sign the agreement in the first place — we were forced to!”

The countersuit claims that AML was intimidated into signing the amended agreement with UWM containing the ultimatum (choose to work with either Rocket Pro and Fairway or exclusively with UWM) and provision on liquidated damages ($5,000 per loan closed with UWM or $50,000) a few months after the imposed deadline of March 15, 2021.

At first, Nevin sent National Account Executive Bryan Miller an email on March 23, 2021, explaining why the ultimatum was harmful and damaging to AML and its clients. By choosing not to work with Rocket Pro, Nevin claims that AML would lose sale opportunities and it would restrict them from offering competitive pricing to its clientele.

“If we went exclusively with UWM instead of Rocket Pro, we knew we would lose 5% to 10% of our market. Those are the clients with lower credit scores between 580 and 620, and we would go to Rocket Pro for those loans,” Nevin said. “UWM doesn’t provide lending options for borrowers with less than a 620 credit score.”

AML ultimately ignored the addendum, according to the lawsuit, until two representatives from UWM, Bryan Miller and Scott Welty, started having discussions with Nevin, insisting there was nothing Rocket Pro could do that UWM could not do. Miller even expressed to Lobb that UWM would not seek to enforce the ultimatum and liquidated damages against AML as long as AML signed the addendum. Even after hearing UWM’s assurances, AML still did not sign the addendum, the lawsuit claims.

In June 2021, UWM began to add language to its conditional approval letters for pending AML mortgage loans that requires AML to execute the amended agreement containing the ultimatum and damage provisions before UWM closes any further loans originated by AML. Suddenly, UWM ceased funding any existing loans in AML’s lending pipeline, freezing the loans of 100 clients so they could not close.

The claim that UWM went back to retroactively change language in these approval letters is similar to another case that the wholesale lender is facing, which is the early payoff (EPO) lawsuit filed last year. In that case, multiple brokerages claim UWM retroactively changed language in their EPO policy; according to the filed class-action lawsuit, UWM punished brokerages for loans that were still in the pipeline and had conformed to the previous 180-day standard instead of the new 100-day standard.

Asked how AML clients would react to the news UWM froze their loans, Nevin quipped, “My clients don’t care about a contract dispute — I can’t explain this to them! I had to accept the agreement.”

In what the lawsuit describes as “enormous and unconscionable economic pressure” on AML, the brokerage was forced to sign the amended agreement. First, AML attempted to sign the agreement with the ultimatum and liquidated damages provision stricken from the contract, the lawsuit states, but Welty informed AML that UWM refused to accept the contract that way. He insisted AML must sign with the ultimatum and damages provision included in the agreement or they would not fund the loans in AML’s lending pipeline with UWM.

“I had no choice,” Nevin said. “We have a pipeline with the company that they use to hold over our heads. I didn’t care for their assurances or entertain them very much, but then I had no choice but to sign the ultimatum, simply to close the loans stuck in our pipeline.”

The agreement was meant to be temporary, according to Nevin. AML relied on UWM’s repeated and ongoing promises and assurances of non-enforcement of the ultimatum and liquidated damages provision, and more competitive offerings to make up the 5% to 10% loss in business. Until UWM could deliver on these competitive offerings, AML would continue doing business with Rocket Pro, Nevin explained.

UWM’s representatives, now referred to as “Ishbia’s henchmen” by Nevin and Lobb, reportedly worked hard to get AML on their side. According to the lawsuit, Miller and Welty visited AML’s offices unexpectedly on a few occasions during the summer of 2021 to repeatedly assure them that AML could continue to do business with Rocket Pro without repercussions or negative consequences based on the ultimatum.

“I believe these verbal assurances are legally binding,” Nevin said, “but I’m sure UWM is going to claim the exact opposite.”

In September 2021, UWM CEO Mat Ishbia caught wind that AML was sending loans to Rocket Pro, and shortly thereafter UWM made temporary pricing improvements for AML to offer clients, but these short-term price adjustments were not beneficial to AML, consumers, or the broker community, the lawsuit alleges.

Nine months after UWM’s ultimatum had been issued a telephone call came from Miller asking point blank whether AML was ready to end its relationship with Rocket Pro, the lawsuit states.

“We knew other brokerages who signed the ultimatum had made a similar deal with UWM,” Lobb said. “But we didn’t realize until the phone conversation in December that these were all false assurances they were making.”

The phone call conversation that Lobb describes as an “ambush” in the lawsuit started out with Miller and Lobb talking casually about the pandemic and how their families were, with Lobb even noting Nevin’s absence due to family issues. “About fifteen or twenty minutes into this personal discussion I was having with Miller, another voice chimed in saying ‘Oh, I’m so sorry to hear about that,’ and introducing himself as Adam Wolfe, UWM’s senior legal counsel.”

According to Lobb, Wolfe immediately started demanding whether AML would make a final decision to cut off Rocket. Without Nevin there to speak on behalf of AML, Lobb reiterated the fact UWM could not match Rocket’s offerings and they were verbally assured the ultimatum would not be enforced. Lobb said he would need to confer with Nevin before making a decision.

In a conversation between Nevin and Miller, Nevin reiterated the same point Lobb made to UWM’s dissatisfaction. “Miller asked me, ‘Is that your final decision? To which I responded ‘yes.’” Nevin explained. “Then Miller said, ‘That means we cannot protect you anymore,’ and ‘UWM might enforce the ultimatum and pursue liquidated damages.’ They [UWM] basically said, if you stay we can throw this whole thing out and forget about it, but if you leave us, we’ll sue.’”

“They extorted us,” Lobb said. “They are suing not necessarily because of the contract, but because we decided not to do business with them.”

“It was a total mafia move they did on me,” Nevin said. “My prediction is dozens of other brokers will come out and they won’t be having this. We’re aware of other brokers who were breaking the ultimatum without facing repercussions. UWM is only going after their top loan producers — why? Because their public stock is plummeting. Ishbia is enforcing this because they are on the downslide. Essentially, they’re trying to send a shockwave through the industry, so brokers don’t step out of line.”

The claim that UWM is going after these broker partners who have allegedly violated the ultimatum agreement because business is declining remains to be seen. Observers may be looking at UWM’s fourth quarter earnings for indications that these lawsuits are impacting the business.

Currently, UWM has a 31% market share of the wholesale channel, but the company did not release their market share percentage last year, so there is no way of knowing if the figure has improved or declined as a result of the broker ultimatum. However, a 2020 news release states that through the first three quarters of 2019, UWM accounted for 32.7% of market share.