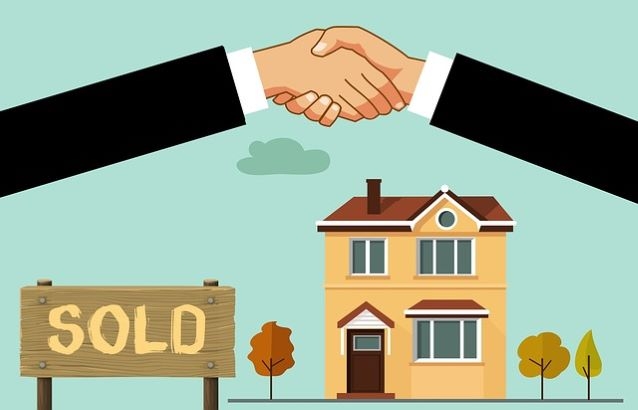 Month-over-month sales were split among the four major U.S. regions, with two areas posting gains and two experiencing declines in April. Year-over-year sales struggled, as each of the four regions reported dips.

"Higher home prices and sharply higher mortgage rates have reduced buyer activity," said Lawrence Yun, NAR's chief economist. "It looks like more declines are imminent in the upcoming months, and we'll likely return to the pre-pandemic home sales activity after the remarkable surge over the past two years."

"Housing supply has started to improve, albeit at an extremely sluggish pace," Yun said.

He also noted the rare state of the current marketplace. "The market is quite unusual, as sales are coming down but listed homes are still selling swiftly, and home prices are much higher than a year ago," he said.

The median existing-home price for all housing types in April was $391,200, up 14.8% from April 2021 ($340,700), as prices increased in each region. This continued the string of consecutive months of year-over-year increases to 122, the longest-running streak on record.

Individual investors or second-home buyers, who make up many cash sales, purchased 17% of homes in April, down from 18% in March and equal to 17% in April 2021, NAR said.

Distressed sales — consisting of foreclosures and short sales — represented less than 1% of sales in April, the same as in March but down from 2% in April 2021.

"As we find ourselves in the midst of a massive housing shortage, NAR continues to work with leaders across the private and public sectors to help close this deficit," said NAR President Leslie Rouda Smith, a Realtor from Plano, Texas, and a broker associate at Dave Perry-Miller Real Estate in Dallas. "As the nation's largest real estate association, we are urging policymakers to enact zoning reforms, homebuilder incentives, and other necessary regulations to help correct this situation."

Existing-home sales in the South fell 4.6% in April, posting an annual rate of 2.49 million, which represents a decrease of 5.7% from one year ago. The median price in the South was $352,100, a 22.2% climb from one year prior. For the eighth consecutive month, the South recorded the highest pace of price appreciation in comparison to the other three regions. Additionally, the South is the only region to report year-over-year double-digit price gains.

Joel Kan, assistant vice president of Economic and Industry Forecasting for the Mortgage Bankers Association, noted that the overall 5.6 million-unit sales pace for existing homes is the slowest since the spring of 2020, and said that while higher prices and higher mortgage rates continue to negatively affect sales, there are other factors.

“Although the job market is still extremely strong, emerging signs of economic weakness have also added to the overall uncertainty for potential homebuyers," Kan said.

“Inventory is a key component of housing market conditions, and the limited availability of homes for sale has been adding to upward pressure on prices, delaying some purchase activity," he added. "While there was a slight increase in the number of homes for sale to just over 1 million units, this was likely due to the declining sales pace as demand slows. At just over a two-month supply, inventory is still extremely low by historical standards, and the recent slowdown in residential construction activity may prolong this shortage.”

The National Association of Realtors® is America's largest trade association, representing more than 1.5 million members involved in all aspects of the residential and commercial real estate industries.