Fed To Begin Tapering Asset Purchases by 14.3% This Month 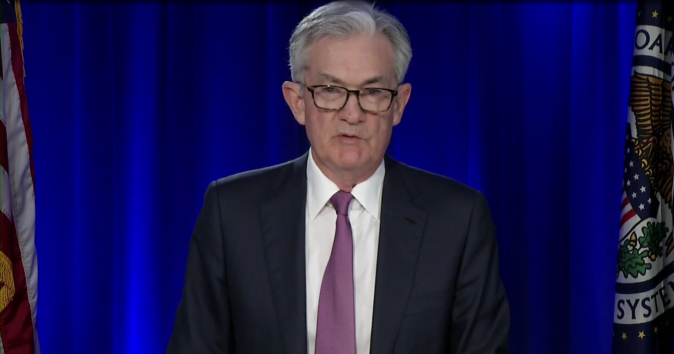 The Federal Reserve, which has been purchasing billions in Treasuries and mortgage-backed securities (MBS) to boost the economy during the COVID-19 pandemic, announced today that it will begin tapering those purchases later this month.

According to a statement posted on The Fed's website, the committee will reduce its purchases of Treasury securities and MBS by 14.3% beginning later this month.

"In light of the substantial further progress the economy has made toward the (Federal Open Market) Committee's goals since last December, the Committee decided to begin reducing the monthly pace of its net asset purchases by $10 billion for Treasury securities and $5 billion for agency mortgage-backed securities," the Fed said in its statement.

In addition, the Fed said the Committee decided to keep the target range for the federal funds rate at 0 to 1/4%, and that it expects "it will be appropriate to maintain this target range until labor market conditions have reached levels consistent with the Committee's assessments of maximum employment and inflation has risen to 2% and is on track to moderately exceed 2% for some time."

Fed Chairman Jerome Powell said during a webcast that the Committee is committed to "using its full range of tools to support the U.S. economy in this challenging time, thereby promoting its maximum employment and price stability goals."

He noted that with progress on vaccinations and strong policy support, indicators of economic activity and employment have continued to strengthen. He said the sectors hit hardest by the pandemic have improved in recent months, but that the rise in COVID-19 cases over the summer has slowed the recovery.

"Inflation is elevated, largely reflecting factors that are expected to be transitory," he said. "Supply and demand imbalances related to the pandemic and the reopening of the economy have contributed to sizable price increases in some sectors. Overall financial conditions remain accommodative, in part reflecting policy measures to support the economy and the flow of credit to U.S. households and businesses."

Powell said the economy's path continues to depend on the virus. Progress on vaccinations and an easing of supply constraints are expected to support economic and employment growth, he said, as well as reduce inflation, though he acknowledged risks to the economic outlook remain.

In addition to the announced tapering of security purchases this month and in December, the Committee said it judges that similar reductions likely will be appropriate each month beyond that, and that it is prepared to adjust the pace of purchases if warranted by changes in the economic outlook. Among the key economic indicators it cited as potentially altering its policy include readings on public health, labor market conditions, inflation pressures, and financial and international developments.

The committee said the Fed's purchases and holdings of securities will "continue to foster smooth market functioning and accommodative financial conditions, thereby supporting the flow of credit to households and businesses."

The Fednoted that the Committee voted unanimously on the policy announced today.

Regulation and Compliance
Nov 10, 2021
CFPB Cracks Down On Discriminatory Credit Reporting For Black And Hispanic Consumers