Kevin G. Chavers and Luke S. Hayden are the newest members of Freddie Mac's Board of Directors.

Freddie Mac announced that Kevin G. Chavers and Luke S. Hayden were elected to its Board of Directors effective Feb. 15, 2022. Chavers retired as managing director, Global Fixed Income Investment Team, at BlackRock, Inc. in 2021, and Hayden has been the chief executive officer of Hayden Consulting LLC since 2012.

“Mr. Chavers brings additional mortgage finance, capital markets, and public policy expertise to our Board. Over his more than two decades with some of the nation’s largest financial companies he has developed a deep familiarity with Freddie Mac and its leadership. Additionally, he possesses hands-on experience as an innovator and issuer of agency mortgage-backed securities,” said Sara Mathew, non-executive chair of Freddie Mac’s Board of Directors.

“Mr. Hayden has held nearly every job in our industry, from loan officer to chief executive officer, which has armed him with a ground-level appreciation of the complex needs of our clients. His comprehensive experience in residential real estate finance, capital markets, and risk management from several of the largest mortgage operations in the country will be an asset to Freddie Mac’s Board,” said Mathew. 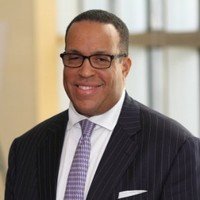 After joining BlackRock in 2011, Chavers (photoed left) also served as managing director, Global Public Policy Group, and managing director, BlackRock Solutions, Financial Markets Advisory Group. Prior to joining BlackRock, Chavers held various positions at Morgan Stanley from 2003 to 2011, including as managing director, senior relationship management, and head, Mortgage Strategy and Execution. He joined Morgan Stanley from Goldman Sachs & Company where he was vice president, Principal Finance Group, Mortgage Securities Department from 1998 to 2003. He had previously held various positions in the U.S. government from 1989 to 1998, ultimately serving as president of Ginnie Mae from 1995 to 1998. Chavers began his career as an associate at the law firm of Milbank, Tweed, Hadley & McCloy LLP. 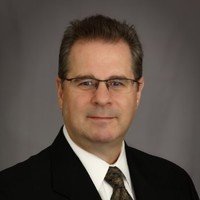 Hayden (photoed right) served as vice chairman of Residential Mortgage Services Holdings, Inc. from 2013 to 2021. Prior to joining Residential Mortgage Services Holdings, he was president of PHH Mortgage Corporation from 2010 to 2012 and executive vice president and senior managing director at GMAC Residential Capital from 2007 to 2008. From 1992 to 2005, he held various positions at JPMorgan Chase & Company and its predecessors, eventually becoming executive vice president, consumer market risk management. Hayden began his career as a loan officer and loan purchaser at Ralph C. Sutro Company.

A people-centered approach to advancing equity in housing

Highlight the women who are making an impact in mortgage banking.

Community
Jul 06, 2022
The Most Challenging Times Bring Us The Most Empowering Lessons