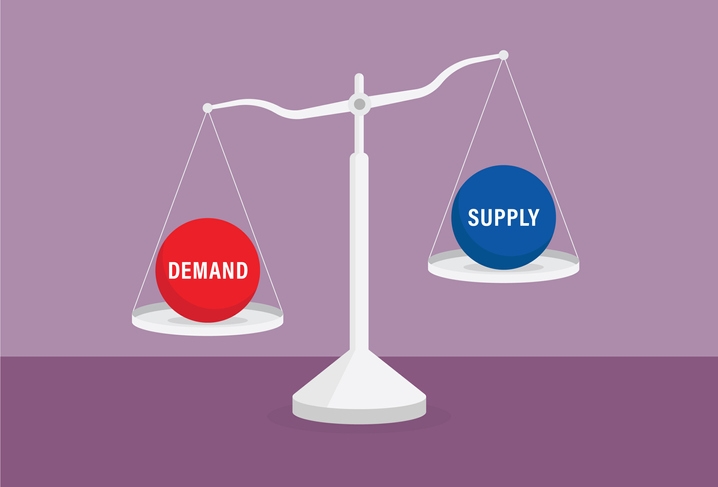 Title insurance company, First American Financial Corporation, released their proprietary Potential Home Sales Model for the month of January 2022, which measures what the healthy market level of sales would be based on economic, demographic, and housing market fundamentals.

“While still 4 percent higher than one year ago, the market potential for existing-home sales declined to its lowest level since June 2021, according to the first Potential Home Sales Model report of 2022. Demand for homes will remain strong in 2022, but declining affordability and lack of supply may limit market potential,” said Mark Fleming, chief economist at First American. “Potential home buyers have little inventory to select from, and you can’t buy what’s not for sale. A rebalancing of the supply-demand dynamic is likely as demand moderates due to declining affordability, and house price appreciation slows down in response.”

The lack of affordability is highly correlated with rising rates, according to the sales model report. In January, the 30-year fixed mortgage rate took its greatest leap in one month since December 2016. The 35-basis point increase in mortgage rates caused a $19,000 decline in house-buying power and reduced housing market potential by 90,000 potential home sales. Mortgage rates are continuing to climb throughout February 2022 and are expected to rise even further in 2022.

“While the decision to purchase a home is not strictly financial, higher rates reduce house-buying power (all else held equal) and may force some potential buyers to lower their price point or to pull back from the market entirely,” said Fleming. “First-time home buyers will feel the squeeze of rising rates the most as the competition in one of the most competitive housing markets in history is even more pronounced in the lower-priced starter-home segment of the market. Yet, the affordability induced reduction in demand will reduce pressure on prices, given the ongoing supply constraints.”

Potential first-time home buyers traditionally had access to affordable housing through a process called filtering by which a new home ‘filters’ down to lower and cheaper price tiers as the property ages and depreciates in quality. Yet, today’s homeowners are staying in their homes longer than ever — on average more than 10 years — which means fewer homes are able to filter down to first-time home buyers.

“Homeowners staying put reduced housing market potential by 7,000 home sales in January,” said Fleming. “There is limited incentive to sell when, due to higher mortgage rates, it will cost more each month to borrow the same amount as your existing mortgage from a lender, a phenomenon known as the ‘rate lock-in effect.’ The shortage of supply across the price spectrum also impacts existing homeowners looking to move up. To buy a new home, the existing owner first must sell their current home. When supply is constrained like it is in today’s market, it becomes more difficult to find a suitable upgrade.”

Although rising rates negatively impact housing affordability and supply, it may also result in a rebalancing of the housing market, according to Fleming. Double-digit home price growth combined with rising rates may stop home buyers dead in their tracks, resulting in a less competitive market with fewer bidding wars, which could ultimately slow down home price growth.

“Another important consideration is that builders have been busy breaking ground on more homes, which will help to alleviate some of the supply shortage this year,” Fleming continued. “Household income is also on the rise, as average annual hourly wage growth remains near a 15-year high, which offsets some of the affordability loss from rising mortgage rates. Housing market potential this year will depend on the degree to which potential first-time home buyers respond to changes in their house-buying power and homeowners’ decisions to list their homes for sale. One possible outcome? A market that is closer to equilibrium, with less price appreciation than last year.”

The next Potential Home Sales Model is planned to be released on March 17, 2022 with February 2022 data.