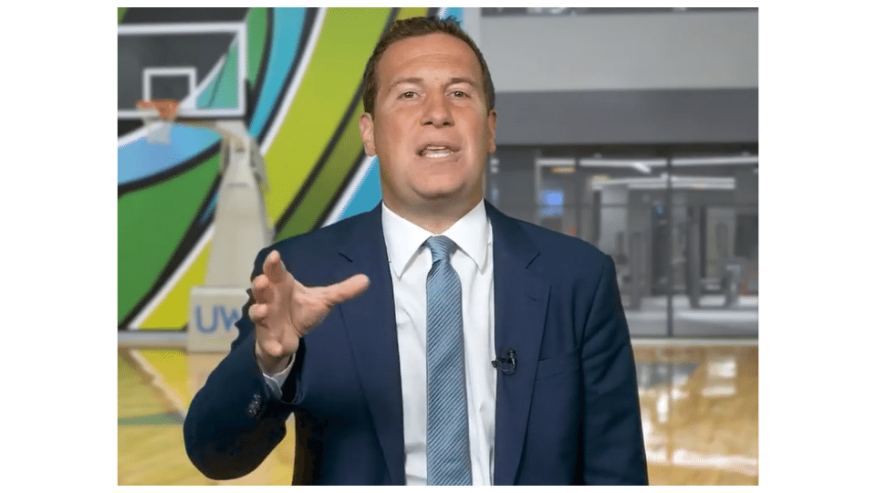 Forget the NFL; the Ishbias have moved on to the NBA.

According to a news release, the Ishbias will acquire the two franchises for $4 billion, and the deal "involves the sale of more than 50% ownership of the team" by current owner Robert Sarver, who is the managing partner of Suns Legacy Holdings, "and a portion of the interest of minority partners, who were also granted additional sale rights."

The deal requires approval by the NBA.

In a statement emailed following a request for comment from NMP, Ishbia said acquiring the teams "in no way changes anything for UWM or my life here in the metro Detroit area. I will continue to live and raise my three children here, continue building UWM day to day alongside the current leadership team, stay rooted in the local community and advocate for independent mortgage brokers nationally."

Sarver, 60, is selling the team after he was suspended by the NBA for one year and fined $10 million in September following an investigation into workplace culture. He was accused of using racial slurs, making inappropriate comments about women, and inappropriately touching men, among other allegations.

"Mat is the right leader to build on franchise legacies of winning and community support and shepherd the Suns and Mercury into the next era," Sarver said in the news release. "As a former college basketball player and national champion, Mat has exactly the right spirit, commitment, and resources to pursue championships."

Ishbia, 42, was a reserve player for the Michigan State University men’s basketball team from 1999-2002 as the program went to three Final Fours and won the NCAA National Championship in 2000. Since graduating from MSU, he has been a major donor to its athletic programs.

"I am extremely excited to be the next governor of the Phoenix Suns and Mercury," Ishbia said in the release. "Both teams have an incredibly dynamic fan base and I have loved experiencing the energy of the (Valley of the Sun) over the last few months. Basketball is at the core of my life, from my high school days as a player to the honor of playing for Coach (Tom) Izzo and winning a national title at Michigan State University."

He continued, "I've spent the last two decades building my mortgage business, United Wholesale Mortgage, into the No. 1 mortgage lender in America, and I'm confident that we can bring that same level of success to these great organizations, on and off the floor."

He added that the deal "is a dream come true" for him, his family, and his brother, "who will be making a significant investment with me and bring his incredible business acumen and shared passion for basketball."

Justin Ishbia owns a Chicago-based private equity firm, Shore Capital Partners, while also being a major investor in UWM. His net worth is $2.2 billion, while Mat Ishbia's net worth is $5.1 billion, according to Forbes.

The deal to acquire the Suns and Mercury comes about six months after the Ishbia brothers failed in a bid to acquire the NFL’s Denver Broncos. While they reportedly were finalists, the team ultimately was sold to Robert Walton and other Walmart heirs for $4.65 billion.

Founded in 1968, the Phoenix Suns are one of the NBA's premier franchises. Under Sarver's stewardship, the team made seven playoff appearances, four trips to the Western Conference finals and one NBA finals appearance.

The Phoenix Mercury, founded in 1997, were one of eight founding members of the WNBA and the only remaining team to still be in business and operated by its original NBA team owner. The Mercury under Sarver's ownership made 14 playoff appearances, including a current record 10 consecutive, appeared in four WNBA finals, and won three WNBA championships.