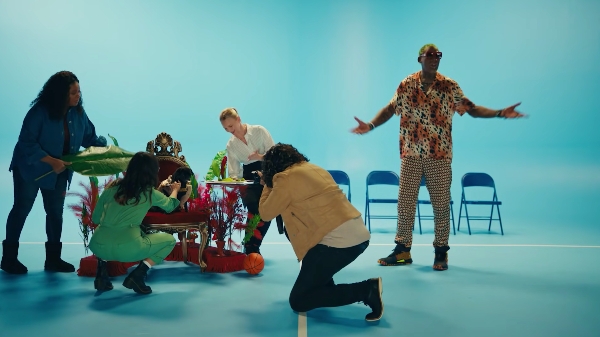 In Nations Lending's “The George Treatment,” Rodman goes head-to-head with George the pug – only to realize that George is getting the spotlight and pampered star treatment while Rodman goes unnoticed. The privately-held national lender, which has grown considerably with more than 120 branches and triple-digit YoY loan volume growth, according to a press release.

“You shouldn't have to have 10 million Instagram followers to get treated like you matter, particularly when you're buying a house,” said Joshua Kruger, creative director at Nations Lending.

Nations is also running 30-second linear spots in the Dallas-Fort Worth metropolitan DMA, with commercials airing on ABC, CBS, NBC, ESPN, CNN, and The NFL Network, among others. Spots will run in primetime slots as well as throughout the morning and evening.

“I think it's a situation in which many of us can relate living in a world of social media influencers and digital stars,” said Zach Pardes, vice president of Marketing at Nations. “And when you're dealing with people's money and homes, you absolutely want to work with a company that is invested in your experience."

Nations Lending states that it retains nearly 100% of its mortgage servicing rights and believes it is the the only way it could ensure a quality end-to-end experience for borrowers.