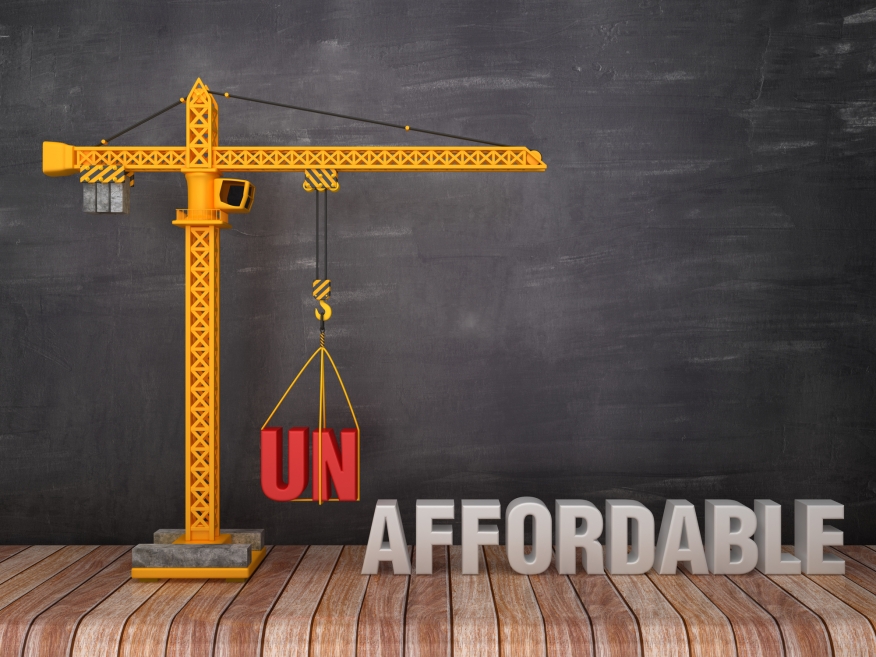 Homebuyers in nearly every part of the country have felt the impact of surging home prices since the start of the pandemic, but none like those in the Sun Belt states.

Income is hardly keeping pace with inflation and growing home prices, especially in the Sun Belt states. Homebuyers in Tampa, FL, need to earn $67,345 annually to afford the metro area’s typical monthly mortgage payment of $1,684, up a staggering 47.8% ($21,791) from a year earlier — the biggest percent increase of any major U.S. metro — according to the latest report by Redfin.

Homebuyers in nearly every part of the country have felt the impact of surging home prices since the start of the pandemic, but none like those in the Sun Belt, mainly due to out-of-towners flocking in. Additionally, Tampa, Phoenix and Las Vegas are among the top five most popular destinations for those who've made cross-country moves.

In Redfin’s report, a homebuyer refers to someone who is taking out a loan to finance their home purchase.

The COVID-19 pandemic and proliferation of remote work fueled most of these cross-country moves, especially those in the Sun Belt states since they’re relatively affordable compared to pricey coastal job centers. However, the resulting rise in home prices may make these hot spots less attractive to buyers in the future.

Nationwide, homebuyers need to earn $76,414 annually to afford today’s typical monthly mortgage payment, up $19,478 (34.2%) from last year. The income necessary to afford a home has increased by more than 15% year-over-year in all 50 of the most populous metros in Redfin’s report. During the same time period, average hourly wages in the U.S. grew 5.6%.

The income needed to afford a home began climbing at the start of last year as limited inventory and increasing mortgage rates led to rapidly rising sale prices. National median home-sale price was up 17% from the previous year to a record high of $412,700 in March. Meanwhile, the number of homes for sale fell 13% to an all-time low.

“Housing is significantly less affordable than it was a year ago because the surge in housing costs has far outpaced the increase in wages, meaning many Americans are now priced out of homeownership,” Redfin Deputy Chief Economist Taylor Marr said. “The good news is that there’s a positive side to rising mortgage rates, too: They will likely slow price growth and curb competition for homes, providing a reprieve for some prospective buyers.”

“There are a few ways for people to get around rising housing costs,” Marr continued. “The first and easiest is to simply stay put, as monthly mortgage payments typically don’t change much. Buyers can also consider relocating to a more affordable part of the country.”

Although homes are less affordable than they were last year in every metro Redfin tracks, homebuyers in parts of Pennsylvania and the Midwest have seen smaller gains in the income necessary to buy a home than other parts of the country.