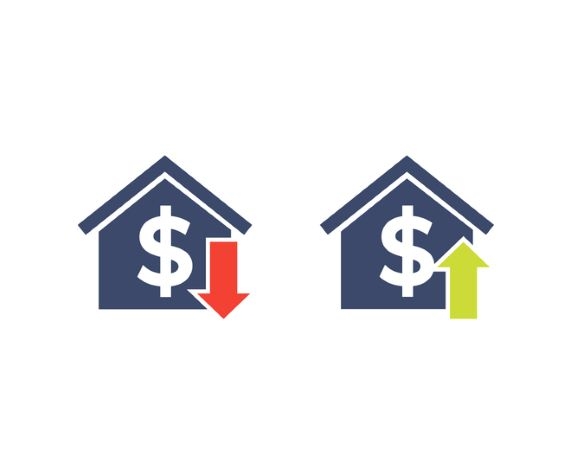 In addition, the report said, 15 markets now are considered "overvalued," up from four a year ago.

“The RHPI reflects the decline in affordability, as it jumped up by nearly 54% on an annual basis,” said First American Chief Economist Mark Fleming. “For homebuyers, there are few options to mitigate the loss of affordability caused by a higher mortgage rate and rising prices. One way to offset the decline in affordability is with an equivalent, if not greater, increase in household income. Another option is choosing an adjustable-rate mortgage (ARM), which typically has a lower rate than a 30-year, fixed-rate mortgage. Even though higher household income and ARMs help to increase consumer house-buying power, they’re not enough to offset the affordability loss from higher rates and fast-rising nominal prices in July.”

The RHPI also observed that annual house-price growth peaked in March at nearly 21%, but has since decelerated to a still-high 16.7% in July.  “As the housing slowdown continues, the pace of house-price moderation will vary market to market, with prices decelerating faster in some markets than in others. By analyzing which markets are considered overvalued, we can identify the markets at risk of more rapid price deceleration,” Fleming said.

The report noted that as of July, most of the top 50 markets tracked remain undervalued. Detroit, Philadelphia, and Pittsburgh are markets considered undervalued by nearly $200,000.

“There were 15 markets considered overvalued in July, meaning the median existing-home sale price exceeded house-buying power. One year ago, only four markets were considered overvalued,” Fleming said. “San Jose, Calif., was the most overvalued market. The median consumer house-buying power in San Jose in July was just over $770,000, barely more than half of the median sale price of a home at $1,460,000. Consequently, annual house price growth is adjusting in San Jose. Price growth peaked at 19.4% in February 2022, but has since decelerated quickly to 4.6% in July – the second fastest deceleration in prices among all the top 50 markets we track, just after Sacramento.”

Fleming also said the increase in the average 30-year, fixed mortgage rate from 5.4% in July to 6% in September, increases the number of overvalued markets by four, adding San Antonio, Texas; Miami and Tampa, Fla.; and Salt Lake City to the list, bringing the total to 19.

"Meanwhile," Fleming continued, "median household incomes are expected to continue to rise, as the supply-and-demand imbalance in the labor market persists, putting upward pressure on wages. While mortgage rates are expected to continue to drift higher over the coming months, much of the rapid increase in rates is likely behind us. While the markets considered overvalued may need to adjust to the not-so-new reality of higher mortgage rates, housing market fundamentals still support a moderation of annualized house price appreciation rather than a sharp decline.”