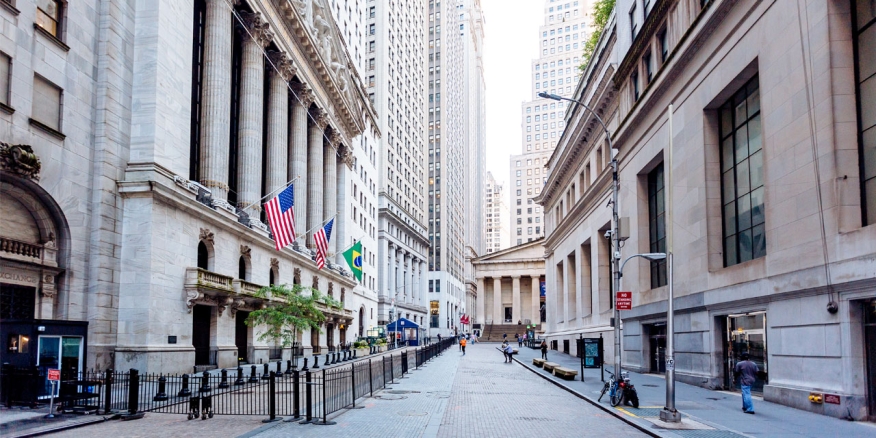 Consumers remain concerned about high home prices but have adjusted their expectations slightly downward on overall inflation, according to a monthly survey.

The Federal Reserve Bank of New York’s Center for Microeconomic Data April 2022 Survey of Consumer Expectations was released this morning, and it showed that median home price expectations were unchanged at 6%, but remain elevated compared to pre-pandemic levels.

Households remained positive about their labor market prospects, with earnings growth expectations stable at its series high (3%) and job-loss expectations hovering near its series low, the report said.

Median one-year-ahead expected earnings growth remained unchanged in April at its series high of 3%. Mean unemployment expectations — or the mean probability that the U.S. unemployment rate will be higher one year from now — increased by 0.1 percentage point to 36.3%, its highest reading since February 2021. The increase was driven by respondents over the age of 40, the report said.

Household spending expectations over the next year also rose to a series high, increasing by 0.3 percentage points to 8%. However, perceptions of credit access compared to a year ago fell for the fourth consecutive month, and expectations of credit access one year from now also declined to a series low. This marks the fourth consecutive month of deterioration in both measures.

The Survey of Consumer Expectations (SCE) contains information about how consumers expect overall inflation and prices for food, gas, housing, and education to behave. It also provides insight into Americans’ views about job prospects and earnings growth and their expectations about future spending and access to credit. The SCE also provides measures of uncertainty regarding consumers’ outlooks. Expectations are also available by age, geography, income, education, and numeracy.

The SCE is a nationally representative, internet-based survey of a rotating panel of approximately 1,300 household heads. Respondents participate in the panel for up to 12 months, with a roughly equal number rotating in and out of the panel each month. Unlike comparable surveys based on repeated cross-sections with a different set of respondents in each wave, this panel allows the survey to observe the changes in expectations and behavior of the same individuals over time. For further information on the SCE, please refer to an overview of the survey methodology here, the interactive chart guide, and the survey questionnaire.