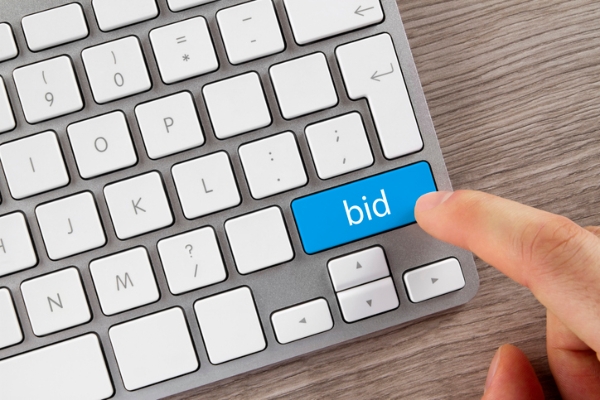 Nationwide, 59.6% of the home offers written by Redfin agents faced bidding wars in December 2021. That’s the lowest share in 12 months and down from a revised rate of 61.3% in November, but up from 54% in December 2020, according to Redfin.

The typical winter slows did quell competition within the housing industry. But while the bidding-war rate has fallen from its pandemic peak of 74.6% in April 2021, the housing market remains quite competitive as house hunters grapple with a record shortage of homes for sale, according to the Redfin report.

“Buyers should anticipate that they may not win a house until their sixth or seventh bid. If you’re the type of person who falls in love with a house, this is not your market,” said Candace Evans, a Redfin team manager in New York. “If you show a house to 10 buyers, you’ll probably get eight offers. An agent on my team just put a home in the Bronx on the market and started receiving offers even though there hadn't been a single open house or tour yet. The house ultimately received over 10 offers and went for well above the asking price.”

The housing market was booming during the pandemic but with rising mortgage rates now making the homebuying process more expensive, the concern for buyers is they may no longer be able to stretch their budgets in order to write offers competitive enough to win.

“Nearly two-thirds (64.6%) of offers for homes priced between $800,000 and $1 million faced bidding wars in December, the highest share of any price bucket,” according to a report. “Next came homes in the $1 million to $1.5 million range (62%), followed by homes priced over $1.5 million (61.7%). Vacation homes, which are often pricey, have become increasingly popular during the pandemic—one possible explanation for elevated competition in the high-end market.”

“I’ve been working with two clients since October and finally got them under contract after they lost out on seven other homes,” said Jennifer Ciacci, a Redfin agent in Portland, OR, where the bidding-war rate was 65.1% last month. “I haven’t seen inventory this low since I started in real estate. Buying a home today is emotionally exhausting, but house hunters aren’t giving up. I’m seeing buyers jump in and write a few offers, lose bidding wars and then retreat for a bit. But they usually end up coming back once they’ve had a chance to lick their wounds.”

“I tell my buyers not to compromise everything by giving up all the contingencies and safeguards that are in place to protect them. They need to be aggressive in order to win, but shouldn’t put their family’s financial health in jeopardy by doing things like blindly waiving inspections altogether.”